Five tips for turning your startup idea into reality 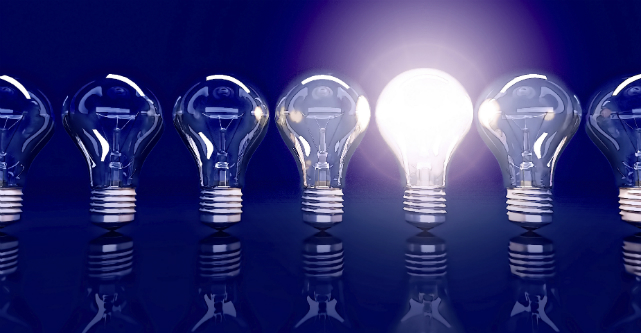 It is the “ideas boom” and I can tell you one thing – it really is booming.

As the GM of an entrepreneurship school I see a lot of ideas bouncing around the office. And it’s great, but there’s usually one common scenario I come across with a lot of both students and friends and it’s this:

“I have 10 ideas a week. I am an ideas person. I have so many ideas but I just don’t know which one to pick, and what to do once I pick one. I guess I’m still waiting for that one big idea, that one big epiphany, and then I can get funding and really do it.”

I’ve been there myself. With an entrepreneurial personality at heart I know there’s that urge to get started, but you aren’t always confident the idea you pick is the right idea – it doesn’t have that magical feeling they all talk about on TV.

What I’ve found is that the “big idea” is a myth and it’s not a magical moment.

Rather, it’s what you do with the idea that makes it magical. So, I’ve gathered together some of the main learnings I’ve found on my entrepreneurial journey as GM of an entrepreneurship school on ideation and what to do with your idea.

A successful business is 1% idea and 99% execution.

That big lightbulb moment isn’t all it’s cracked up to be, because even the weirdest businesses if done right will work.

Of all the amazing entrepreneurs I’ve worked with at BSchool, it’s probably only Adrian Giles (Hitwise) that created something that was completely unlike anything else. All the others, including Ryan Trainor and Carolyn Creswell, are ideas that others may have had, but became big successes coming off some serious hard work and execution.

Think of the big innovations and new businesses of the past 10 years. Are they really as innovative as you think?

Facebook wasn’t the first social media platform – I’m sure we all remember MySpace and maybe even Friendster. Facebook however managed to execute and adapt better than the rest, helping it to become the powerhouse it is today.

Problems, then solutions, then start

Look for problems first, solutions second. Before you even start with executing an idea, make sure there is a valid problem that needs to be solved. Sure there may be businesses out there that don’t solve a clear problem and gain success due to marketing (think stick figure stickers on the back of peoples cars), but that’s a tough grind. If you know that a problem exists, then it’s not a bad starting place to find your idea.

Get a list of these, look into whether there might be a legitimate market for it, and then go for it. Get started and don’t look back. And if you aren’t sure it’s the right idea, you can always pivot and improve.

You might not agree, but lets put two people next to each other: One is someone waiting to find the ‘perfect idea’ before getting started, and the other is someone who has committed to starting in the next week and was happy to do so with a half baked idea.

I’d be betting that the second person was more likely to have success in the next 12 months.

Talk to people about it – they won’t steal your idea

Most people overestimate how much IP their idea actually has.

Perhaps don’t give it all away, but don’t sit there holding everything in just in case someone steals the idea. Talking with people about your idea helps make it better. With friends and family giving you honest opinions like “what if you did this?” and “I think you should do that”, this is essentially a free, guerilla-style idea incubator – cop that Silicon Valley.

If you talking about your idea actually results in someone else copying it and beating you to the market, then the reality is that you need to get better at execution.

If an idea can be copied and executed that easily, then keeping it a secret is a bit of a waste of time anyway.

Start small and prove yourself before asking for money

Before asking for equity funding, prove yourself. Start small scale, start working on a limited budget and try to get some traction. Set milestones, and strive to hit them – don’t worry if they’re small.

If you prove yourself with traction, attention or even revenue streams, this is very attractive. Proven success is a better than potential any day of the week – and investors will agree.

“I have this amazing, awesome idea, it is going to be revolutionary. I need $100k to get it started, but it has awesome potential.”

“I have a good idea and am already getting some traction. I need $100k because there are too many people visiting my site and it’s crashing, and I don’t have enough capital to build up an inventory to compete with demand.”

I think I know which one the investor would pick, and I think you do too.

Get back to the basics

Think ultra-small – exchanging money or attention for your product or service is how business works – so make sure your idea has a reason for people to give you this.

Nothing speaks more volumes than active users or paying customers, even if it is just a couple of people to start with.

Think about it, is there literally one person somewhere in the whole world that would be willing to hand over cash (or hand over ‘attention’ like in Facebook’s case) for your product/service?

If yes, then you have something to work with. If you answered “Yes, but…”, “sort of…” or a flat out “no”, you pivot. Sometimes a pivot can be big or small – a slight refinement or a completely new model.

Think of social networking giant Twitter. Before it struck a chord with the greater public, it was originally a network to find and subscribe to podcasts called ‘Odeo’. After iTunes took over their podcast niche, they pivoted to status-updating micro-blogging. And that worked out pretty well, hey?

At the end of the day, all I can say is just get out there and go for it. Don’t worry about inventing the next Google or the next Apple. Plant the seed today and start growing.

You can always get money back but you can never recover lost opportunities.

This article was first published on the BSchool blog.