Food Orbit pivots: Opts growth and buyer side of their market over farmers 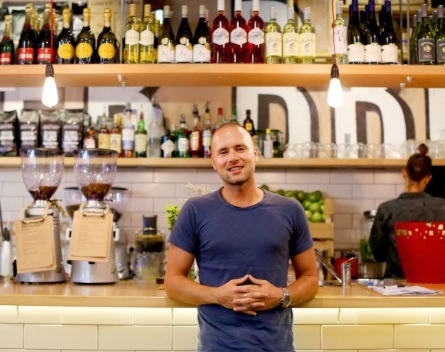 Online marketplace Food Orbit has announced an ambitious partnership with an ASX-listed procurement system as they pivot their focus from connecting farmers to chefs towards becoming a big tech business.

Founded in 2013 by James Nathan, the company has been growing rapidly.

Nathan told StartupSmart their revenue is ripping along, growing 130% month-on-month and that it was this growth that drove them to reconsider their focus.

“We had some good numbers coming through but then we started speaking to investors and really looked at the business,” Nathan says. “We had to be comfortable talking about how we’re going to really scale.”

Nathan says they realised flaws in their model would hold back their overarching goal, which is to become a booming global tech business.

The two issues were: their current model of connecting farmers and chefs required them to have a large sales team (hard to scale); and that their current offering was only 5% of what chefs needed to order.

“We were competing against all the distributers with big teams and fatter margins. They can run a gun sales team with 30% margin, we couldn’t really with our 5% margin,” Nathan says.

A partnership, which includes Marketboomer taking some equity of the Food Orbit business was signed recently and the revised Food Orbit system will be launched in the coming weeks.

The partnership will allow Food Orbit to offer the products of Marketboomer’s 5000-plus suppliers to their network of chefs.

“This is huge. It will enable the chefs to do literally 100% of their ordering with us, solving a major pain point for them that they kept telling me we weren’t really helping,” Nathan says.

Food Orbit will launch a closed beta of the new, expanded offering with a few chefs in a fortnight.

“We want to remain a technology company, because that’s what you need to be to scale and get the growth we want. This puts us back in that space,” Nathan says.

While the pivot comes with great growth prospects, Nathan concedes there is a risk to his first suppliers and the heart of the startup’s idea: farmers.

“I’m still a big believer in the local food movement, but the realities of building a business, and a big one, can’t be ignored,” he says.

Nathan says he hopes if they can grow to look after 100% of chef’s ordering needs, they’ll be able to advocate for their direct farmer suppliers and provide them with new sales from insights gleaned from the more complete data Food Orbit will be wrangling.