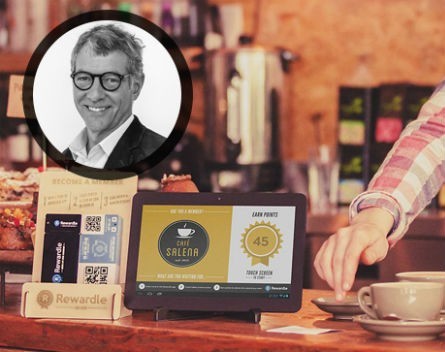 Jack Matthews, the former head of Fairfax’s digital and metropolitan news divisions, has been named as the new chairman of loyalty card app Rewardle, which was founded by serial entrepreneur Ruwan Weerasooriya.

Previously, Matthews served the chief executive of Fairfax Digital, before moving across to the company’s Metro Media division, where he oversaw The Sydney Morning Herald, The Age and The Canberra Times. He stepped down from the position in June of last year.

Matthews has also served as the chief executive of a number of other businesses, including New Zealand telco TelstraSaturn (the predecessor of Vodafone New Zealand’s cable network) and Showtime Australia.

Rewardle, which Matthews is also making an investment in, offers consumers and small businesses a digital version of the ‘buy-nine-get-one-free’ loyalty cards that have become a regular feature of many cafes.

The web, iOS and Android app – also available as a printed card – displays a QR code that gets scanned on a tablet each time a customer makes a purchase at a participating store. The merchant, in turn, gets notified if a customer is eligible for a reward.

The service also allows businesses the ability to identify trends they might not have noticed with traditional reward cards.

It is the latest venture by serial entrepreneur Weerasooriya, who sold CafeScreen to oOh!Media in 2012. Weerasooriya’s other ventures have included TouchTaxi and Pugnacious George.

In a statement, Weerasooriya says he first met Matthews when Fairfax advertised with CafeScreen.

“We’ve been operating as a lean startup. But as a small startup chasing a big prize the time was right to more aggressively stake our claim,” Weerasooriya says.

“Jack’s involvement will go a long way in validating the model and will accelerate our growth, particularly with progressing corporate partnerships.”