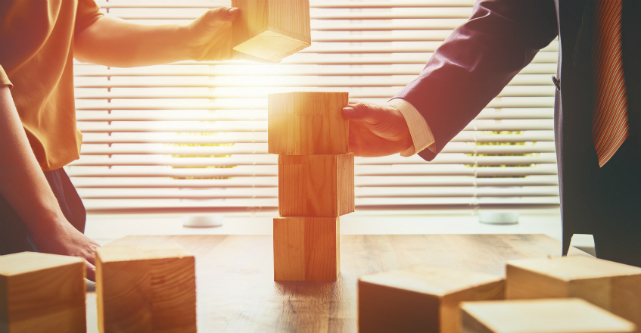 Too many founders choose to “play startup” rather than actually build a sustainable and successful company, Posthaven founder and former Y Combinator partner Garry Tan says.

In a Q&A session on Product Hunt, Tan discussed “toxic” startup culture and the mistakes that he regularly sees entrepreneurs make, often due to them trying to follow a perceived Silicon Valley stereotype.

He says the want to “play startup” and the perks that go along with that too often trumps actually building a good product.

“The perfect is the enemy of the good,” Tan says.

“Most people are really afraid to release software because that’s the moment at which you are face-to-face with failure. If you release it and nobody likes it you’ve failed. But if you are ‘still working on it’ then you are just ‘in progress’ and you can still go to startup events and ‘play startups’.

“That’s really why startups as a lifestyle are so toxic. It becomes a place where people can go play house and basically waste their own time and effort. It’s not a scene and it really shouldn’t be.

“Focus on shipping and then making it better, don’t play startup.”

Tan says that founders can also often “play startup” when looking to expand their team.

“Don’t hire until you need to – hiring prematurely is another form of playing startup,” he says.

“You’ll notice startups that play startup always talk about number of employees and how much they’ve raised. Those are cost centres.

“I’m always impressed when founders talk about their customers and what they’ve done for them and how they’ve been growing revenue.”

In the Q&A session Tan also passed on a number of useful and insightful takeaways for startup founders and entrepreneurs.

What makes a great founder

Tan says it’s crucial for a founder to be able to cover all facets of a business, especially in the early days.

“Don’t box yourself into just one thing,” he says.

“You should probably be really, really good at one particular thing but you shouldn’t be afraid to get your hands dirty on everything else.

“Everyone wants to jump on board with something that is going to take off without them but nobody wants to join a thing that will fail if they don’t join.

“So the more you can do, the less you need others to get it done and the more likely you will actually manifest it. I wish there was another way but that’s a fundamental truth when it comes to creating new things.

“You have to be a magnet for everything and that’s what a great founder does: attract people, capital and customers to foment this incredible chemical reaction that goes and goes.”

The best question to ask founders

Tan says there’s one question that he always asks a startup founder: Why are you working on this?

“Everyone has some story and truly new things usually come from some sort of insight that nobody else has,” he says.

“The hardest part about the startup world is that it has become a lifestyle, where it’s just a thing you do and then you cast about for present-to-hand problems like ‘oh, I don’t travel enough or I wish I could share pet photos easier’.

“Those are just the first order problems and there are so many people who try them already that it’s almost safe to say ‘nah, if it was going to work someone would have already done it’.”

You need more than a good team

Investors often say that a startup’s team is far more important than its business idea, but Tan says having a good team by itself isn’t enough.

“When I first started investing I was almost entirely focused on team – product, design, engineering – that’s what mattered,” he says.

“That idea would come and go but the team would be the primary reason why a product or service would live or die.

“I’ve seen too many really, really talented, brilliant teams march off in the wrong direction and never switch direction that now I do believe it takes both a fantastically talented, hard-working team that has a true north – an internal product compass that allows them to build and ship product and then be right.

“Being right is important. Too many great teams march off saying, ‘if we build it they will come’ and then never are able to change the idea towards something that people really want.”