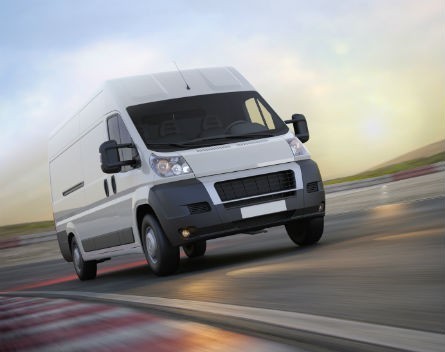 The founders of car-sharing app Ride Surfing have launched an on-demand grocery delivery service set to compete with the major supermarkets as well as a range of other early-stage delivery startups.

Last year Manutea Dupont and his co-founders launched Ride Surfing – an app where passengers ‘donate’ money to drivers in order to get around the legal issues faced by Uber in NSW and other states.

Despite telling StartupSmart last year that Ride Surfing would expand into other Australian cities, Dupont and his team have focused their efforts on “getting Shop Wings off the ground” for the past few months.

“They are definitely two different businesses,” Dupont says when asked whether the launch of Shop Wings was a sign of a pivot.

“The thing that is true though is that there is a huge overlap in the back-end in terms of know-how and what we’ve learnt with Ride Surfing. In terms of the focus… right now it is very much on Shop Wings and a bit less on Ride Surfing. The reason for that is that we have a small team working on both.”

According to the startup’s website, Shop Wings delivers groceries to your door within two hours of placing an order between the hours of 8am and 9pm. Orders must be a minimum of $29 and deliver costs $8.90 after the first order. The service is currently available in the Sydney CBD, eastern suburbs and inner west.

While there is an overlap when it comes to people working behind-the-scenes on both startups, Dupont says Shop Wings will not use drivers from Ride Surfer to deliver groceries at this stage.

“For a lot of the people who are from Ride Surfing, they’re busy doing what they have to do on Ride Surfing and they are very different jobs,” he says.

“So what we want to make sure is all of our shoppers [for Shop Wings] are focused on being shoppers. But in the future my guess is there won’t be zero overlap.”

Dupont says while he believes both Ride Surfing and Shop Wings have huge potential, he says the grocery market is “the next great barrier online”.

“We will make a decision on what we will focus our energy on, but right now we’ll keep both balls in play and see how it goes.”

Competition between on-demand delivery startups has increased in Australia recently as new businesses compete for market share. Sydney-based startup Your Fork also promises to deliver groceries within a two-hour period, while in Victoria on-demand courier Swift – which was born out of alcohol delivery startup Liquorun – turns over around $100,000 a month.

Dupont says he welcomes the challenge and plans to be “more flexible and agile” by quickly scaling his fleet of shoppers. The startup recently secured seed funding from Rocket Internet for an undisclosed sum.