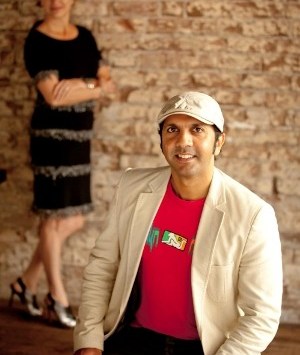 The venture is the first hands-on creation by the Sydney-based investment firm, which launched in September last year and announced its first backing of a business – Lusthaveit.com.au – in April.

Foundry is providing all of the significant support, such as technology and marketing, for ProductionParty.com and has brought in Avi Ratnanesan as CEO and shareholder.

An unspecified number of high net-worth individuals are also backing the business, which is still in Beta, although Foundry and its individual directors – who number former Microsoft and Network Ten executives – retain a majority shareholding.

ProductionParty.com, which has a four-strong team, allows businesses to post video production jobs in a method similar to Freelancer.com and 99designs.

Video producers from around the world can then bid to take on the job, with the job poster choosing the best candidate.

Currently, ProductionParty.com takes a 20% cut of the transaction, although there are plans to also introduce premium listing fees from job posters.

Dale McCarthy, founder of Foundry, says the site caters for all types of video production, from web advertising and web how-to videos to corporate videos and high-end TVCs.

“As a seasoned marketer, I know that marketers are constantly under budgetary pressure, particularly around production costs for TVCs and the increasing demand for digital video,” she says.

“There is an explosion in online video content, but the barrier is cost. This kind of competition will drive down costs and also allow marketers to see that they are getting value for money by choosing videographers directly, rather than being removed from the process.”

McCarthy says the business has ambitions to be a dominant player in Australia and beyond.

“Ideally, we want to be the leading player in Australia and New Zealand, but we are looking at Asia too,” she says.

“Avi has roots in Asia and no-one really services the market in this way there, so we see opportunities.”

McCarthy says that there are currently two other co-founded businesses being developed by Foundry.