Four important lessons for Australia from the “startup nation” 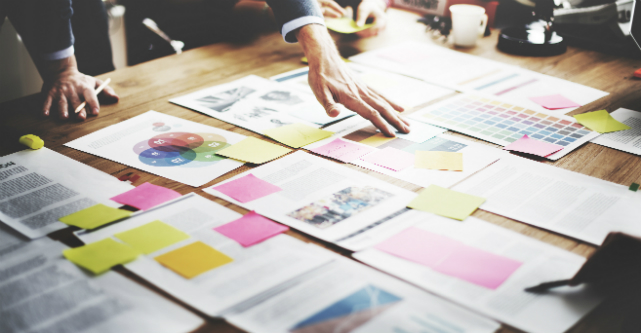 I’ve been concerned for a while now that words like innovation and entrepreneurship are being thrown around with reckless abandon in Australia, yet the serious work required to create something truly valuable seems rarely understood.

Last month I travelled to Israel as part of an Innovation Mission organised by the Trans-Tasman Business Circle, and had the privilege of hearing from entrepreneurs, academics, government representatives, startups, incubators and investors about what’s helped shape the “startup nation”.

Sadly the experience has confirmed my suspicion that there is no secret sauce.

While innovation is often described as a blend of creativity and science, Israel’s success at commercialising innovation comes down to solid policies and processes that are consistently applied.

It might not sound very sexy, but it’s working for them and here are some of the things I found most interesting.

1. Universities and academics are incentivised to conduct applied research

Around the world, academics have typically measured their and others’ success by their ability to get their research published. In Israel, researchers receive 40% of the royalties from IP they create that is patented and commercialised.

This approach provides them with passive income (that surpasses what they might otherwise get from grants) and has very neatly created a ‘commercialise first, publish later’ approach. It’s positive that the Prime Minister Malcolm Turnbull has considered this issue as part of his Innovation Agenda.

In addition, the median age of an undergraduate in Israeli is 27 (the oldest in the world) and I wonder whether taking more time to decide what to study helps people find an area of expertise that really suits their strengths.

2. Good ideas and innovations are given every chance of success

While we heard time and time again that failure is accepted in Israeli as being part and parcel of innovation and that there’s no stigma attached to entrepreneurs who have failed, I think that’s only half the story.

For a start, Israeli entrepreneurs focus on finding elegant solutions to complex problems that have global application – they don’t do ‘fluffy’ startups.

Next, when you look at their ecosystem, nothing is really left to chance. There is a clear process in place that identifies promising, patented innovations and ensures entrepreneurs get the support they need to fill any capital, mentoring or skills gaps they have so that they can succeed based on their strengths rather than fail based on their weaknesses.

The Israeli government goes out to tender for its tech incubators, and ensures that they are spread around the country – where the startup founders live – rather than all concentrated within Tel Aviv.

One tech incubator we heard from employs 140 fulltime staff who do everything from market research to accounting – “We are all over them”, he said.

Compare that to Australia where many a half-baked idea gets hyped up to the hilt in the hope of attracting investor attention.

3. It’s accepted that success is largely built through grunt work

My impression of the people we met in Israel is that they work hard and they work together. People often talk about the role that military service plays in providing young Israelis with experience and networks that set them up life.

I also noticed that unlike Australia where most co-working spaces and startup hubs personify “cool”, Israelis seem to invest in their work not the ambience of their workplace.

4. Israel has created a brand among potential investors

I’m not qualified to comment in detail about the various policies and programs Israel has in place to attract and incentivise foreign investment in Israel, but it is working.

Importantly, Israel is also doing a first class job at telling the story of the startup nation. Everyone, everywhere we went gave us their own take on the same themes and their confidence was infectious.

Of course, Israel has worked for over 20 years to build its reputation as ‘Silicon Wadi’ and its credibility as an investment destination. Now it seems there is a conga line of delegations eager to see and hear first-hand how they’ve done it. It’s impressive.

So what does it all mean for Australia?

In my opinion, success creates success. While we have produced six unicorns so far, we just don’t have enough highly successful entrepreneurs to help steer the next generation of startups.

But what if we created a special visa that offered successful entrepreneurs the chance to bring their families for a ‘grown-up gap year’ or two? Having been to San Francisco, Tel Aviv and Singapore all within the past year it’s obvious to me that we offer a quality of life and a kind of life that’s becoming increasingly difficult to find elsewhere.

Borrowed smarts and skills, combined with our can-do Aussie attitude, might be all we need to truly earn our place as the innovation nation.