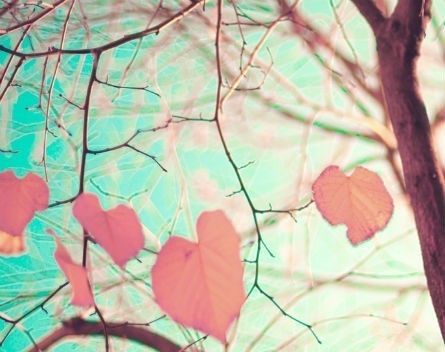 A great way to learn about a startup that has grown up is to review its disclosure document at IPO (S-1 filing). These documents can be hundreds of pages long but offer fascinating insights to those willing to dig into the details.

Some say the best teachers in chess start by teaching the end game first. By removing the complexity of all pieces on the board and stripping the game back to opposing kings and a pawn, a student can understand each layer of complexity piece by piece. And slowly wind the game back to full complexity (the opening) where it is unclear what a player should focus on to succeed.

Studying a startup at the end of its private life, where the complexity of its parts is reduced to those that scaled successfully, is in my mind similar to learning the end game to better inform your opening decisions.

There are always many moving parts to a business model, but typically there are three to five levers that drive the model (and its defensibility). At the IPO of a company, it’s easy to anchor on just valuation but it’s more useful to focus on how it will throw off cash and how defensible its earnings stream is. In the long run, competition will always drive down returns on equity unless they are defensible.

It can also be interesting to answer questions that all startups have when building something from scratch. How much should I spend on marketing? How much site traffic should be paid for and what does revenue growth typically look like?

Etsy recently released its S-1 filing ahead of its IPO. The company is a great example of a wonderful marketplace business that is defensible due particularly to its high entry barriers and the presence of network effects.

For me, there were three fascinating insights that can be found within Etsy’s S-1.

The majority of Etsy’s gross market sales (GMS) are generated from an organic marketing channel. That is, in calendar year (CY) 2014, 93% of site traffic came from direct, organic and email traffic sources (6% from email), with only 7% from paid traffic. This was even after Etsy ramped marketing spend ahead of its IPO.

To think of this another way, for every $100 of sales that occurred on Etsy’s platform, the company spent $1-2 on marketing. Some may say that this is still somewhat high given Etsy’s take rate is only approximately 10%, but if you think of Etsy’s GMS as equivalent to e-commerce revenue, it is very low.

It’s easy to believe that success awaits if a large amount of capital can be raised for marketing dollars. But the most successful startups are those that can build a large organic channel without the heavy reliance on paid marketing.

The underlying strength of a large organic channel is evidenced by Etsy’s repeat purchase rate – the second insight into Etsy. That is, the majority of Etsy’s GMS is generated from repeat purchases. Incredibly, in 2014, 78% of purchases were from repeat customers.

If a business is driven by paid marketing, this KPI would typically by flipped, in that 78% of customers in a given year would be first time customers.

This is a good example of the insight you can gain by unbundling the main KPI of a business. In Etsy’s case this would be GMS. Unbundling Etsy’s CY2014 GMS number, it is built up by a large organic marketing channel (93% organic traffic) and a large retained customer base (78% repeat customers). In many cases a large growing GMS is built up the opposite way – a large paid marketing channel generating many new customers but a very low retained customer base. Both show very high growth but only one is defensible.

Another insight is Etsy’s small take rate – the revenue Etsy generates from its marketplace. Etsy’s revenue as a percent of GMS has been between 8.3-10.1% since CY2012. This is very low when compared to other marketplaces that can have take rates up to 20% or 30%. There seems to be a trend towards lower take rates in marketplaces. This lower take rate from the beginning suggests that there is less risk of margin compression making Etsy’s revenue line of higher quality.

The final insight can be found within the three data points on Etsy’s valuation in the late stage private market. The Etsy S-1 filing provides details on: a common stock sale in April-14 to Tiger Global; a preferred stock round in May-12 to Index, Accel and USV; and a board valuation of its shares as part of determining the fair market value of two million in options issued in Jan-15.

This shows that Etsy has been valued pre-IPO at a revenue multiple of between 5.1-7.6x.

By removing the complexity of Etsy’s early days, we can see the value of building a large organic channel and a large retained customer base. We also gain valuable insight into where broader marketplace take rates may end up, and how a marketplace like Etsy currently trades in the late stage private market.

Paul Bennetts is the investment manager at AirTree Ventures and a panellist at the 2015 StartupSmart Awards. Buy tickets to the awards.