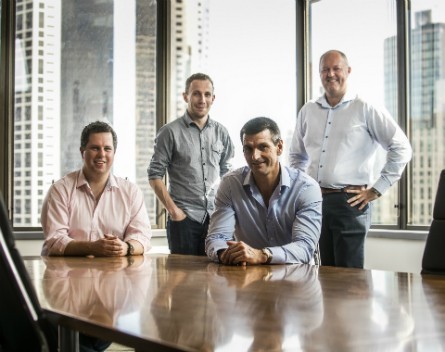 For MoneyPlace co-founder Stuart Stoyan, pitching to big-name US investors was less an opportunity for funding and more about the local startup ecosystem gaining international recognition.

As part of a Victorian government initiative, four Melbourne startups were given the opportunity to present their companies to heavy-weight investors, some of whom were early investors in the likes of Facebook, Airbnb, Skype and PayPal.

The founders gained an important insight into how Australian startups are viewed on the global stage, Stoyan says.

“International investors are aware of our market, startups and the talent that exists here,” Stoyan tells StartupSmart.

“It’s easy to become focused on what you’re achieving day-to-day and with running the business but it’s really important to facilitate these types of discussions – to lift your head out and take a fresh global perspective.

“That’s really valuable for helping a business to grow.”

The US investors will be invaluable contacts for the four Melbourne startups, he says.

“We now have half a dozen contacts with people who are running global funds overseas that we can now reach out to and talk about our business with,” Stoyan says.

“That’s not even entertaining the idea that there could be an investment.”

The roundtable discussions included talks about how big Australian superannuation funds could best invest in startups, as well as the pitches from the four startups.

“It was an absolutely privilege to be included as one of the four startups showcasing Melbourne and Victoria’s talent,” Stoyan says.

“It took us a little bit by surprising getting that external recognition, that people see us as Melbourne success story.”

“There’s been a lot of change in the Australian economy since the 1990s that has led to great prosperity, supported by one of the strongest financial systems in the developed world,” Danzeisen says.

“As technology continues to impact the way business is conducted across the globe, we see a lot of opportunity for an Australian approach to financial services where world-class innovative companies can grow from the solid foundations that the government and private sector have developed over the past 30 years.”

The state and national ecosystems

For Victorian minister for innovation Philip Dalidakis, it’s another sign that the state is leading the way in Australia.

Stoyan says discussions at the roundtable also centred on the challenges and difficulties that the ecosystem still faces.

“Australia has a maturing startup ecosystem but it still lags behind the US, Israel and other truly great ecosystems,” he says.

“We’re not too far away, but there was recognition that running a startup is really hard, and that being able to recognise failure and its benefit is important.