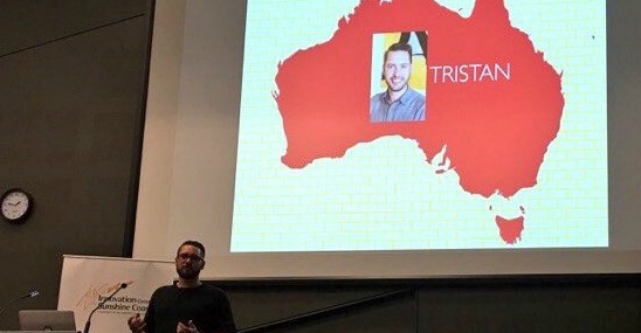 “From the beginning our goal was to build a long-term company. We want to build a company that will stand the test of time. That’s why we spend a lot of time on company culture.”— Scott Farquhar, co-founder of Atlassian

Melbourne brunch, Queensland beaches, the Sydney Vivid Arts Festival — there are many reasons to love Australia, but most don’t think of the startup scene – until now.

I spent 10 days on a startup tour in Australia thanks to the Visiting Entrepreneurs Program created by StartupQLD, a government consortium of the city of Brisbane and the state of Queensland.

What I found (in addition to the world’s best brunch) was a culmination of innovation-friendly regulations and a burgeoning startup infrastructure.

Watch out kangaroos, venture capital in Australia is jumping

Not only did the Australian tech scene launch the $4.4 billion IPO of Atlassian in 2015, but, according to CB Insights, the Australia and New Zealand VC ecosystem has grown eight times bigger since 2011 and broke $600 million in funding for the first time ever.

The venture capital market has also been fueled in part by superannuation funds (Australian pension funds). Australia is the fastest growing asset management market in the world and, according to Deloitte, funds under management will double in next 10 years.

Australia is a testing ground and lookalike market to the US

From the Fortune 500 to startups, companies are going down under to test new products, concepts and emerging technologies.

The reasons are obviou – Australia looks and acts very similar to the US (and is actually the same size) – and, when the time is right, they aggressively expand onto American soil like Atlassian successfully did.

Google has even tested drones in the Australian Outback.

Australian companies have already realized that the largest opportunity beyond US expansion is in Asia. The region holds over 60% of the world’s population and will produce 50% of world output by 2050.

Australian technology companies are also growing as fast as many Asian companies with two, Prospa and Cirrus Networks, listed in the top five fastest growing companies in Asia Pacific in 2015 by Deloitte.

Australia has an opportunity in frontier technologies

Frontier tech is what will change our world the most in the next half century. It’s the moonshot ideas.

Imagine biohacking your body for never before achieved energy and focus (nootropics and cyborg-like products are already starting to do that), 0r a species of intelligent robots controlled via computer game controllers in a virtual environment (Zero Latency in Melbourne is building the VR component).

This is where I think every startup ecosystem has the biggest opportunity to thrust forward fastest, especially Australia.

In the case of Australia (and New Zealand), both are already winning in the drone space and have arguably the most friendly drone regulations in the world.

Flirtey, a Sydney based company, is developing the delivery drones that Amazon is envisioning. Propeller, backed by Dave McClure and Christine Tsai’s 500 Startups, offers commercial drone data and imagery software. Abyss Solutions, also based in Sydney, takes to the seas and makes underwater inspection drones.

Regulations are improving further for drones and farms in Australia will soon be allowed to fly large drones up to 25k over their land without an unmanned aircraft operators certificate opening up possibilities for agriculture.

Other frontier technologies are also on the rise, including artificial intelligence and augmented reality.

Yellow Fin Systems, a Melbourne based startup also backed by 500 Startups, uses machine learning for business intelligence, and Genesis, an AR game based off Magic (a card game with a large dedicated fanbase like Pokemon) was started by two teenage students in Brisbane.

At the end of the day, Australia has made leaps and bounds in the startup sector by throwing support behind founders working on emerging technologies. There’s a lot more to do, but as long as a growth mentality persists and you watch out for drop bears, Australia will survive.

In order for Australia to not only survive but to flourish, a few further thoughts: