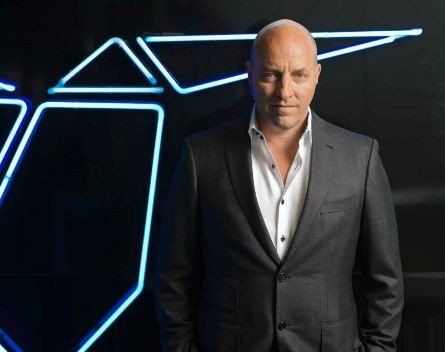 Freelancer has acquired the assets of freelance job marketplace and aggregator DoNanza for an undisclosed sum.

The acquisition, funded from Freelancer’s existing cash revenues, is the 14th deal for Freelancer since it was founded by Matt Barrie in 2009.

It follows a 39% jump in revenues for the online freelance marketplace in the financial year ending December 2014.

Israel-based DoNanza closed in the second half of 2014 so Freelancer has only handed over cash for the company’s assets.

But before things went pear-shaped, DoNanza had received $1 million backing from some high-profile investors, including Google chairman Eric Schmidt through his Innovation Endeavors Fund in 2011. Other investors included Yossi Vardi and AfterDox.

The company was founded in 2008 by Ami Dudu, Liran Kotzer and Gil Pal.

“We’re not trying to mix apples with oranges. [DoNanza] worked with freelancers and small businesses doing online work and that’s exactly what we do. We just worked out the market fit and profitability first.”

While Cooper told SmartCompany the conversation between Freelancer and the founders of DoNanza started some time ago, the importing of DoNanza data has happened over the past few weeks.

The DoNanza founders are not joining Freelancer, with Cooper saying they are “smart guys who are working on other things”.

Cooper says given Freelancer has now acquired 14 other businesses—including Warrior Forum, Fantero.com and the technology startup conference founded by Cooper, SydStart—it’s likely there will be more acquisitions “in the bag”. Freelancer is “certainly looking all the time”, he says.

“We’re getting quite good at absorbing other businesses,” Cooper says.

“And this isn’t a small company either. There is a database of over 360,000 freelancers.”

While Cooper says Freelancer’s ability to acquire other companies may not yet be a “well-oiled machine”, “it’s definitely a machine now”.

Cooper says Freelancer’s strategy of growing through acquisitions is about “supplementing and consolidating” the company’s organic growth.

“Sometimes one plus one equals three.”

Having spent much of his career in the mergers and acquisitions arena, Cooper recommends other business owners and managers be “vaguely cautious” when approaching an acquisition or sale.

“As the seller it’s worth spending the time getting clear what the buyer will be getting and as the buyer, you want to spend the time on due diligence to make sure you don’t accidentally miss assets that you want or pick up risks you don’t want to pick up,” he says.