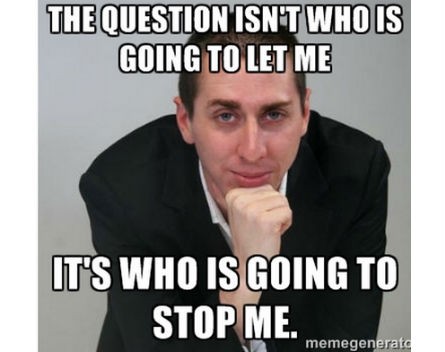 Bug-fixing ain’t fun, but is it any better in a onesie? Canva thinks so, holding its first annual fix-it day at Canva HQ dressed in Gen Y’s favourite party gear.

We had our first annual fix-it-day at Canva HQ in Sydney – in onesies! Which is your fave? #StartUpLife #CanvaLove pic.twitter.com/9kfCqk1A9v

Oops. A list of individuals interested in the auction of the 30,000 bitcoins confiscated from black marketplace Silk Road were outed via BCC email by the US Marshals Service (USMS), in charge of auctioning the FBI seized bitcoins.

We found it interesting to note that Australian Sam Lee, co-founder of Bitcoins Reserve was one of the recipients.

According to CoinDesk, “the original intent of the email was more specifically to inform the interested parties about an updated FAQ related to the bitcoin auction”.

“However, the resulting leaked list details a diverse group of individuals and possible bidders representing members of the bitcoin community and the investment world.”

End of the road for Delimiter

“The site’s success is a testament to what can be achieved when a writer picks one topic and focuses consistently on that topic for years,” LeMay says in his sign off post.

And while we’re personally supportive of anyone trying to get a media startup off the ground – it has to be one of the toughest gigs around – the end of Delimiter is not being mourned by everyone. Many have also taken issue with LeMay’s love for Ayn Rand and the conflict with his new gig.

“Still chuckling at a certain wannabe entrepreneur that named his business John Galt Publishing who has now taken a job as a political staffer with the Greens,” wrote one critic.

“A Greens’ Libertarian?” mused others.

It claims to be the work of “five experienced Sydney-based entrepreneurs [the website actually has six]” who “have volunteered to lead the charge on building this collaborative system,” but the Sydney Founder Council has become a rather farcical cock-up for the Sydney startup scene.

For starters, the email list for the council clearly identifies everyone’s email, making it a worry for many in terms of spam.

The list has also been hijacked by a series of serious claims about improper conduct of others in the community.

“Thanks for your messages. Unfortunately due to half-hearted, half-arsed, management by committee, unfocused, part time, squabbling over the startup ecosystem approach by us all (including me, actually, especially me) I’m currently on leave.

“Clearly we’re not ready for ‘the next level’ so it’s back to the tools – which are working as/with entrepreneurs to build more successful global companies. After we do a few more of those we can all catch up for a beer and whinge about the lack of VC, how the government doesn’t understand us and how we should all just work together.

“Until then…. global sales solves everything.”

Got any tidbits? All small items and gossip welcome. Email us at [email protected]