Business Planning, Growth, How I Did It, Local

From art to science: Interest in robotics is on the move, but finance remains an issue 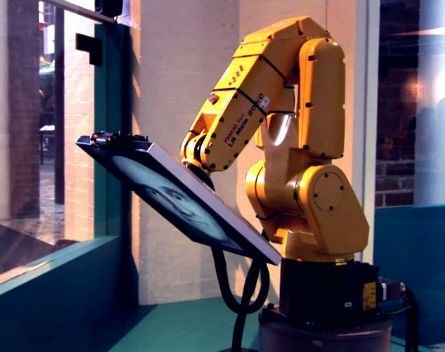 The cofounder of a pioneering Sydney-based robotics startup, with a Powerhouse Museum display and a successful crowdfunding campaign under its belt, says the sector is set to get much bigger but finance for projects remains an issue.

Robological cofounder Damith Herath told Private Media there are a number of exciting robotics startups founded by Australians, including Marathon Robotics and Navisens, and the sector is gaining momentum globally.

“It’s kinda like the ‘70s in computing and the ‘90s in the web. It’s the same feeling in the robotics community and the general consensus is it’s getting a lot bigger,” Herath says.

“A few good examples are some of the startups Google has recently purchased, or Baxter, or Cynthia Breazeal, who quit her job at MIT to do a startup called Jibo and raised $2 million on Indiegogo.

“But we have to be careful, because a lot of people over-promise and under deliver. Robots will move into other spaces, though not in the anthropomorphic sense.

“One of the issues is finding people to finance you is tricky, especially for hardware. People are more comfortable with apps and things that get a quick return on their investment.”

In January, Robological raised $3031 on Indiegogo for Ro-buddy, a pre-built board that integrates with an Android app, making it easy to build a robot without needing to learn a programming language such as C.

Herath says the startup is finalising the board for fabrication in China.

“You can build a Raspberry Pi robot straight away, plug in a camera and motors, and within 10 to 20 minutes you have a spy cam working with the Android app,” he says.

“We think it’s useful because it’s in the pro-maker space, but it’s not as complex as Arduino. So if you’re building something in home automation, you can get something going with Android.”

Aside from Ro-buddy, Herath says Robological does consulting and research work, including working as a research partner with the Australian distributor for Rethink Robotics’ Baxter robot and on Curtin University’s Alternative Anatomies project.

It is also “chipping away” on a variation of the cloud-based internet of things robotics ideas put forward by UC Berkley professor Ken Goldberg, although Herath is remaining tight-lipped about what the project involves.

The startup began with a robotics display called the Articulated Head, which was on exhibit for two years at Sydney’s Powerhouse Museum.

“The three founders – Zhengzhi Zhang, Christian Kroos and I – met at the University of Western Sydney six years ago on a project called Thinking Ahead, which was a project of the Australian Research Council into AI (artificial intelligence).

“We each had a slightly different background, myself with robotics engineering, Zhang with software engineering and Christian with linguistic and cognitive science.

“Stelarc is one of the top performing artists in the world; an Australian artist who’s done a lot of work with robotics on stage and theatre. And the project I worked on was conceived of by Stelarc.”

The project ended when funding ended, but this allowed the team to develop valuable intellectual property on robots and human interaction. The founders decided to form Robological to continue their research.

One of its first projects was called Adopt a Robot, a research project looking into interactions between humans and robots.

“It got a lot of good publicity because it captured the public imagination. We gave away seven robots and over six months we changed its behaviour and added a face… Each person who got a robot had to care for it and fill out a questionnaire every four to six weeks,” Herath says.

Next month, Robological will jointly organise a workshop on robots and art with Curtin University as part of the Sixth International Conference on Social Robotics in Sydney.