From mining engineer to Silicon Valley-based tech startup CTO: How and why I learnt to code 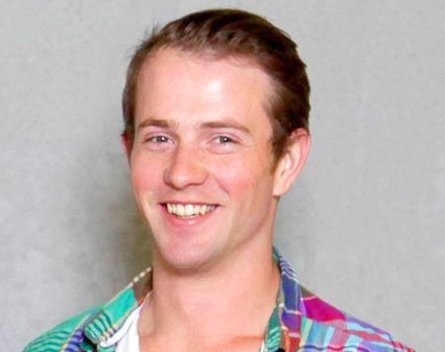 He may be based in New York as a chief technology officer now, but four years ago this startup cofounder was out in Western Australia on a mine site.

Elto’s PJ Murray began his journey to tech startup-land, which he describes as the “holy grail of industries”, after his boredom in his mining job drove him online and he discovered coder news site Hacker News.

Murray told StartupSmart his increasingly fanatical reading of software news soon morphed into a commitment to retrain and enter the tech startup space.

“To start anything in the mining game you’re going to need a huge amount of capital. Plus no one would take you seriously until you have grey hair. It was a no brainer to me,” he says.

With negligible coding skills, Murray briefly considered taking the business cofounder approach to getting into the startup game. But after posting a thread to Hacker News, he realised coding skills would be invaluable to getting any startup off the ground.

The decision to become a technical cofounder wasn’t an easy one. He quit his job, dropped several salary brackets and began as a junior developer with software consultancy ThoughtWorks.

He began to train himself working on small projects and at meetups. While learning a new language is never easy, Murray says his preconception that is was going to be intensely tricky to understand was soon proved wrong.

“There are facets of software that are very difficult, and yes learning to code (like learning any new skill or language) can be difficult, but day to day you’re mostly solving lots of small problems, and the best solution is almost always the simplest one.”

But the most daunting decision was still to come, quitting ThoughtWorks to work full time as the CTO of Elto, which was called Tweaky at the time.

“That mentality shift from working a job with a regular salary to having the ultimate responsibility and accountability to your customers, your investors, and the businesses success, that’s a little scary,” Murray says.

He adds the steepest learning curves of becoming a technical cofounder weren’t coding tricks, but the ancillary soft skills that come with running the coding output of a company: prioritizing features, figuring out what is and isn’t part of an MVP, and knowing when to stop writing code and start hustling.

“It’s really easy to fall in the trap of thinking you can solve all your problems with more code and product. The ‘If only we had this feature’ mentality. In reality you probably just need to ship it, start collecting data and getting customers. You’ll work it out from there,” Murray says.

Murray’s company Elto went on to raise several rounds of seed capital, change their brand, broaden their offering and create a team sprawling across much of the world. He and cofounder Ned Dwyer moved to the US recently to pursue their growth goals.