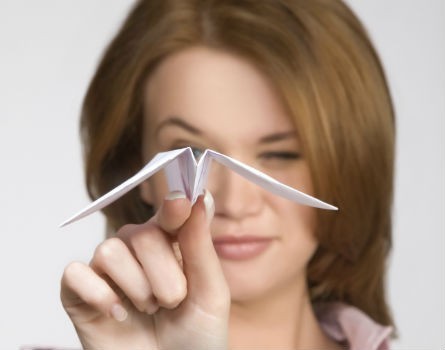 Based in New York, General Assembly is a global network of campuses for individuals seeking opportunity and education in technology, business and design.

General Assembly Australia is offering start-ups a rare opportunity via its Pitch to a US Venture Capital Firm Competition, which asks applicants to submit their written elevator pitch.

After submissions close on March 11, ten finalists will be selected. The General Assembly community will then vote for the two best start-ups, which will be named on March 25.

The two winners will be connected via Skype to Brad Burnham from Union Square Ventures and Phin Barnes from First Round Capital to pitch their business and receive immediate feedback.

Each winner will also receive $250 in General Assembly class credit.

“We basically wanted to provide people with the opportunity to get in front of some New York-based VCs,” local spokesperson Stacey Jacobs told StartupSmart.

“[We secured Burnham and Barnes] through leveraging relationships we have.

“We’re obviously not promising investment but if they do decide they want to invest that’s an added bonus.”

Prior to joining First Round Capital, Barnes worked at AND1 – an athletic shoe company specialising in basketball shoes and apparel – and founded a fitness video game company.

Barnes spent six years helping to scale AND1 Basketball from $15 million to more than $225 million in revenue.

As the creative director for footwear, he led product direction, managed relationships with national retail accounts, and created the initial concept for the signature AND1 marketing property – the AND1 Mix Tape.

Burnham, meanwhile, began his career in information technology with AT&T, where he held a variety of sales, marketing and business development positions.

Then in 1990, he spun Echo Logic out of Bell Laboratories. As the first AT&T “venture,” Echo Logic was a catalyst for the creation of AT&T’s venture capital arm, AT&T Ventures.

When Echo Logic was sold in 1993, Burnham joined AT&T Ventures as an executive in residence. He became a principal in 1994 and a general partner in 1996.

The pitching competition is open to any Australian tech start-up with a “great idea and a passion to share it globally”.

“Your business can be anything from a refined idea with an MVP to an angel or seed funded, revenue-positive stage,” the website says.

“As long as it is an amazing idea and a revenue-driven model, we are interested in hearing from you.”

On March 29, General Assembly Australia will also host a free online class in which Barnes and Burnham will discuss how Australian businesses should pitch to US-based VCs.

“People can basically log on to that online class, and ask Phin and Brad questions,” Jacobs says.