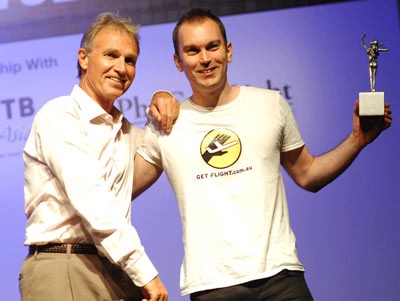 Aussie travel start-up GetFlight.com.au is expanding to the Singapore market on the back of being named the “grooviest start-up” by global industry body Web In Travel.

The business, which was only launched in June, works by tracking discounted airfares in real time, initially on four airlines – Qantas, Virgin, Jetstar and Tiger.

The new site is already tracking sales airfares to more than 40 cities from Singapore, with additional airlines expected to sign up in the common months.

GetFlight’s foray overseas is part of a global push that saw it awarded as the world’s “grooviest start-up” at the Web In Travel conference in Singapore last month.

The start-up won the award following a series of competitive presentations against fellow finalists – US-based Flextrip.com and Singapore company TourPackages.com.sg.

It’s hoped that the award will expose GetFlight to industry investors who were present at the conference.

“Singapore is a major travel hub for both full service and low cost carriers with strong competition and frequent sale airfares.”

“We plan to launch additional GetFlight international sites in the near future, in similar competitive markets where deal-savvy consumers are driven by price, and therefore sale airfares.”