Getting paid is a chief concern for Aussie businesses heading overseas 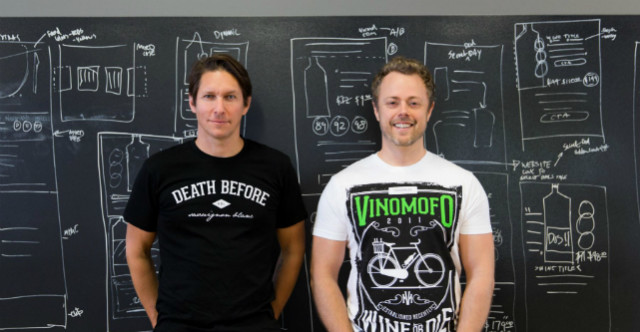 Australian businesses want to move overseas and the government’s innovation agenda encourages it, but international expansion requires patience and technology if it’s going to add value.

Yesterday US-based payment platform Stripe celebrated its second birthday in Australia by announcing that it will bring the ‘Stripe Connect’ technology to local businesses. Connect allows businesses to set up payment accounts for third parties, like sellers and contractors, so that payments can be processed for users in any of the 20 countries that the Stripe platform operates in, including the US, Ireland, Hong Kong, Italy, France and Brazil.

The aim is to cut out the hassle of dealing with overseas banking institutions and facilitate payments in a world where the ‘Airbnb’ model sees many operators working with a network of suppliers.

But while local businesses are keen to move overseas, this is a process that happens step-by-step, no matter what their company does.

Representatives from Vinomofo, Xero and Seek all spoke at the Stripe event about the experience of looking at new market places – and they say the actual ability to process payments is a key part of a decision to move abroad.

“You want as few new parts as possible – you don’t want to have to change a payment gateway any more than local legislation requires,” said Vinomofo co-founder Andre Eikmeier.

“With something as vital as payment solution, you just want it to not be a headache,” he said, adding that platforms should be so perfect that it’s only up to the business that’s using the technology to “f— it up”.

When businesses look to expand overseas, one of the big decisions is what to keep constant and what to adapt to the local conditions. For many technology-based companies, this comes down to keeping the infrastructure of the business uniform while getting a sense for the local culture.

“Essentially for us it’s about partnering with the number one or number two in that market – it’s a local team then running [the business].”

But when a business relies on one or more cloud-based products, the challenge becomes connecting the tech to the context effectively.

“We’re a global platform – but when it comes down to operating within a culture of doing business, what we’ve seen as the universal language is the Xero API,” head of strategic partnerships in financial services at Xero, Ben Styles, added to the conversation.

However, international expansion plans have to match the desire of a business to keep taking steps to improve the original product.

“There’s not one person satisfied within Xero with what we need to be – everyone wants to be further ahead than where we are,” said Styles.

The panel discussion was also a reminder to early stage businesses to keep an eye on prospects for long term growth, and to not buy into a short-term view of the tech business world. International trading might seem a distant possibility, but owners should be flexible to change.

“It’s sort of a formula now, and not many people think of building a business for the generation,” Eikmeier told the audience, recalling when the Vinomofo co-founders met with a San Francisco based expert in the startup space, who heard the team’s story and suggested the business should look at wider growth.

This person told the Vinomofo founders they’ll “never has as much fun as you will with Vinomofo” and suggested they “stay in this thing and build it for longer”, Eikmeier said.

“At the same time we started to believe that Vinomofo might be useful in China, or useful in the US,” he said.

“Now we’ll see traction in new markets, and we’ll say ‘here we are’.”