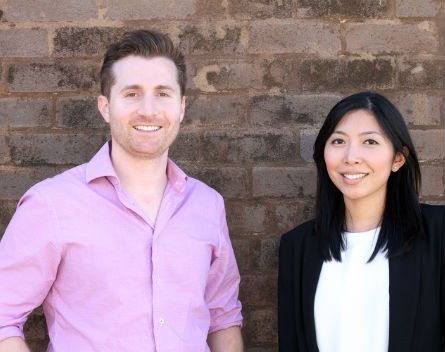 Founded by Dean Jones and Audrey Khaing-Jones, GlamCorner allows users to rent designer dresses for between 10-15% the cost of purchasing those dresses outright.

It’s a concept well tested in markets outside of Australia. Rent the Runway offers the same service in the United States, and recently raised over $US100 million in venture capital. There’s also Brazil’s Dress and Go, and US-based Bag, Borrow or Steal, which offers a similar service for handbags. Other American startups include Le Tote which offers a subscription-based rental service for a broader range of clothes and accessories, and Style Lend a US peer-to-peer marketplace for borrowing clothes.

The funding, neither Jones or Airtree would disclose the exact amount, will be used to take most of GlamCorner’s technology development in-house, increase its inventory and build a more scalable logistics platform. Given the competition offshore, GlamCorner only has plans to target the Australian market for the time being.

“In 2014 Australian women spent $500 million online on women’s clothing. Which excludes shoes and handbags. That’s our immediate total market. In the context of the entire market, women’s clothing (in Australia) is $6 billion in size.

“As online retail penetration rates grow as they have been, we’re very excited about where we can take this. The wind is in our sails in that regard.”

The success of Rent the Runway, which raised $US60 million in December last year at a valuation of up to $600 million, is what made GlamCorner an appealing investment, according to AirTree co-founder and partner Craig Blair.

“The success of overseas designer rental players such as Rent the Runway demonstrate the potential of this business model,” he says.

“We felt that the GlamCorner team were doing it best here in Australia. They have thousands of customers nationwide; three times the inventory and social following of their nearest competitors; and have achieved impressive growth rates since their 2012 launch.”

Currently GlamCorner has over 500 dresses available for rent and has been doubling its revenue every year since launch in 2012 and has a social media following of around 30,000 people, Jones says.

Rent the Runway investors were particularly keen on the potential of its subscription-based business model, a model it adopted only recently. GlamCorner currently charges a single fee for dress rentals, Jones wasn’t willing to say if subscription payments were being considered.

GlamCorner is the third startup to receive investment from AirTree’s latest fund, which was launched in July 2014. In December AirTree led a $6 million Series B round for design crowdsourcing platform DesignCrowd, and a $1.5 million “pre-Series A” funding round for pet-sitting Marketplace Pawshake.