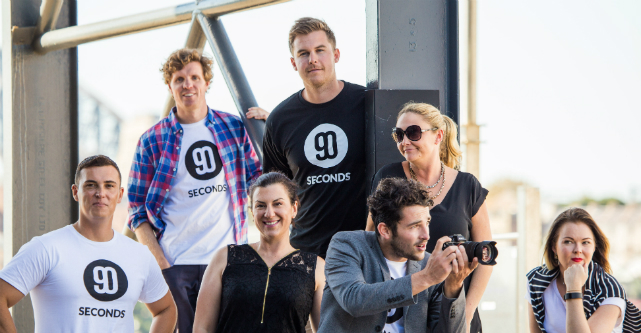 A New Zealand-founded startup is setting up shop in Australia after just securing $10 million in funding led by one of the world’s biggest VC firms.

Cloud-based video production platform 90 Seconds closed the funding round in April from Sequoia Capital and will now be expanding rapidly around Australia.

90 Seconds digital marketplace connects brands and agencies with various video professionals from directors and editors through to drone operators.

The company will be opening offices in Sydney and Melbourne and recruiting new staff across sales, product and customer support, with 15 team members in Australia already.

With offices set up around the world, coming to Australia is a “natural progression” for the startup, 90 Seconds Australian managing director Daniel Littlepage says.

“We are creating content in over 90 countries,” Littlepage tells StartupSmart.

“We saw that Australia was a strong market for us to open in.

“Every video project that flows through our platform is managed from an in-house resource. It’ll make it easier with feet on the ground to manage these projects.”

Littlepage says 90 Seconds will be growing its team to ensure they can service clients across the country, either through their cloud-based platform or by flying out staff when needed.

He says 90 Seconds has been slowly growing its Australia-based teams over the past 12 months and decided to open offices due mainly to the demand.

“It’s really about scaling the business and working with more brands across APAC.”

Because of this, before setting up offices in new cities, Littlepage says 90 Seconds always starts small.

“We go into a co-working space at the start with a very small crew of one or two people,” he says.

“Then we hire a growth manager who helps with growth revenue and bring on a success manager.”

With the company now generating “over seven figures per month”, Littlepage says the platform will likely have produced over 12,000 videos by the end of 2016.

“The way that we produce content keeps changing and the media landscape is very fragmented,” he says.

“For us, it’s a great opportunity to work with brands and create more content affordably.”