Goodness gracious, success is in the box for this Aussie startup 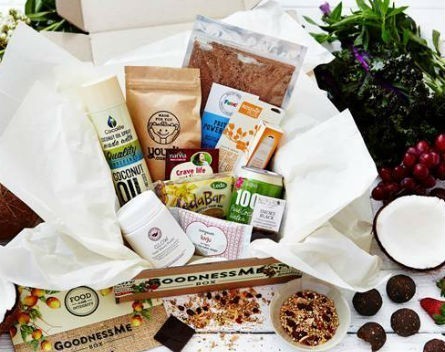 GoodnessMe Box is the latest Australian startup offering a service that’s achieved success in the United States, and is now emulating it here in Australia.

The startup delivers boxes of health food to its users monthly, starting at $25 per month. And so far, so good. It launched in June last year and has grown from shipping “hundreds of boxes” in that first month to “many thousands”. Recently, it crossed the $1 million turnover mark.

Its launch was about the same time US startup Love With Food raised $US1.4 million and a year after another similar US startup NatureBox raised $8.5 million.

GoodnessMe Box founder Peta Shulman has bootstrapped the startup, which has been generating revenue since that first month, and managed to grow it without spending a cent on marketing. Shulman has a background in public relations and marketing, working in the health food industry and worked to secure relationships with social media influencers from day one. Those relationships enabled her to grow the startup’s Instagram account from zero to 10,000 in the first 10 days.

“I knew I had two months to really make it happen,” Shulman says.

“We’ve built the business on an influencer model. We’ve got very strong relationships with a number of health influencers out there – be it bloggers or people with a lot of followers on social media.

“Because without a database, without a following, I wouldn’t be able to convince suppliers that we wanted to be in the box.”

There’s already a number of successful Australian startups using a similar type of subscription box model, but for the fashion industry (think Bellabox, Her Fashion Box). Shulman says it was their success, and that of similar American startups, that gave her the confidence to launch GoodnessMe Box.

“I’d noticed the model had been very successful in the beauty industry in Australia and I looked to the states and saw that the health food concept had been extremely successful there,” she says.

“Being in the health food industry I could see it was on the verge of exploding, and that health was becoming really aspirational. So I knew it was something that could work here.”

Social has been key for GoodnessMe Box. Shulman says the fact that the product is shareable – people will often post pictures on social media – is a really appealing marketing tool for the startup’s suppliers.

“When we send out the box each month, we get hundreds if not thousands of people uploading on Instagram, images of the products in the box.” Shulman says.

“So for the brands we work with, sometimes it can mean over a million eyeballs, just from that social sharing. So we’re not just sending it to a really targeted subscriber, often those subscribers are also sharing it to their network. From a marketing perspective, there’s nothing better than genuine word of mouth advertising.”

While Bellabox and Her Fashion box have both raised significant amounts of capital Shulman says it’s not something GoodnessMe Box is pursuing at the moment, although she is open to the prospect.

“We’ve been really lucky to be profitable after month one. There’s a lot of opportunities in places like the United States, where there’s competition but also in China and Hong Kong, places where they really value Australian products,” she says of the startup’s growth plans.

“I always have my ears pricked up to the opportunities out there.”