Make sure your apps don’t break with KitKat 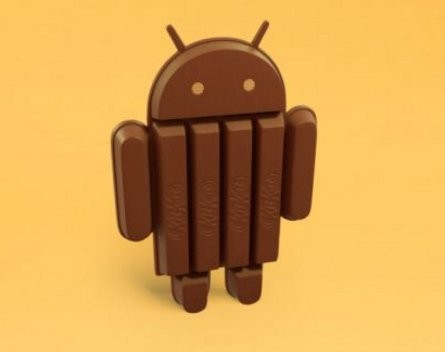 In early September, Google announced the name for the next version of its smartphone and tablet operating system: Android 4.4 KitKat.

In the past few days, Google has already made a couple of major announcements about what to expect with the latest release. And they’ve already announced a couple of big changes.

The first change impacts anyone with an app that sends SMS text messages, or has a backup feature for them. Last week, a rumour surfaced that Google was looking to dump the current Android Messaging app and incorporate SMS text messaging into Hangouts.

Google has now officially announced that there will be major changes to how SMS text messages will be handled by KitKat. The changes will include the introduction of a default SMS app, which can be selected by users, as well as restrictions on what apps that aren’t selected as the default can do.

Google is also strongly warning developers to switch to the new messaging APIs in KitKat instead of using hidden APIs.

The bigger change – and this one affects everyone – is how tablet-specific apps are displayed in Google Play in an update rolling out on November 21.

After the update, instead of just a “tablet optimised” category, tablet-optimised apps will get pride of place across all the categories in the Google Play store. While users will still be able to browse through smartphone-optimised apps, they’ll need to select an option in a special pull-down menu to do so. Old Taskmaster predicts most users won’t bother.

If you’re an app developer, this in turn will have a big impact in how many Android users download your app for their tablets.

Here are the full details from Google on the SMS text messaging changes, the tablet changes, and Google’s checklist for good tablet apps.

What you need to do, dear app developer, is to look through the details of these changes, examine how they will impact your business, and decide how you will respond. Oh, make sure you regularly check Google’s official Android Developer blog too, because there will most likely be more big news to come!