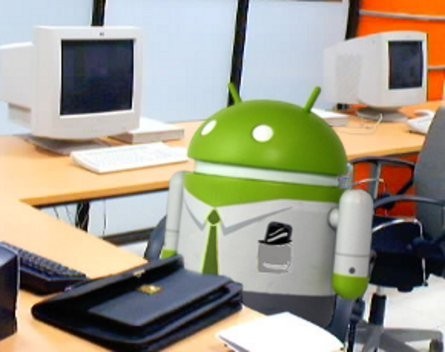 Yesterday, your humble correspondent looked at four key trends in the smartphone industry that every mobile app developer should be aware of.

While the figures can be dry, the information is critical, whether you’re planning your start-up or looking for big numbers when you are strategising your future direction.

Likewise, coming up with a few hard numbers can be useful if you’re pitching for capital.

So, without further ado, here are four more essential trends emerging from the mobile sector:

1. Android dominates over Apple in most other major markets – except Japan

Okay, so Android is strong in the US and Australia, but what about the rest of the world?

In terms of market share the most competitive major market against Android is Japan. In Japan, Apple claims 47.4% of the market, compared to Android only a notch higher at 48.6%.

As for China, Android’s market share is now at 72.4%, compared to a respectable 20.8% for Apple. And there are a few very good reasons why you should pay attention to China when it comes to mobiles.

2. The world’s biggest smartphone market is China – and it’s huge!

Australia’s population stands somewhere around 23 million. The total population of the US is around 310 million.

This year, IDC anticipates China’s smartphone market will hit 360 million people. And that’s not including all the people still using older feature phones.

Next year, it is projected to hit around 450 million, including around 120 million users on 4G.

Now here’s an astounding statistic. The worldwide smartphone market reached 216.2 million units during the first quarter of 2013 according to IDC figures, while China’s shipments stood at 75.28 million. That means China accounted for around one-third (34.8%) of the worldwide market for smartphones.

And there’s still a lot more room for growth. The largest carrier in China – China Mobile – is estimated to have around 700 million mobile phone subscribers, including both smartphones and older phones.

3. Mobile apps are now a multi-billion dollar industry – and growing

If you thought China’s mobile market had some big numbers, take a look at the size of the worldwide app industry.

According to Gartner, last year there were 63 billion apps downloaded worldwide, including 57.3 billion free apps and 6.6 billion paid apps. Total revenue from apps hit a massive $US18 billion.

If you keep in mind that the total population of the Earth is estimated as being somewhere between 6 billion and 7 billion, a number like 6.6 billion paid app downloads starts sounding quite astounding – let alone 63 billion total downloads.

This year is on track to be even bigger. Worldwide, we’re on track for a total of 102 billion app downloads, with 92.8 billion free apps downloaded and 9.9 billion paid apps.

Gartner predicts those numbers are only going to get bigger.

4. Most Android users now use a recent version

One of the issues when it comes to developing for Android is how much you support legacy versions. Well, the answer is increasingly clear: Don’t bother!

A further 20.6% run the previous version, 4.0 Ice Cream Sandwich, with 69.2% in total running a recent version of Android.

So sure, as far as Android fragmentation exists, much of it is over obsolete versions no-one uses anymore.

Time to cash in!

The global appetite for apps is huge – and growing. And contrary to popular myth, most of it isn’t in countries where English is the first language.

Get it done – on mobile!