Google drone deliveries on their way in 2017 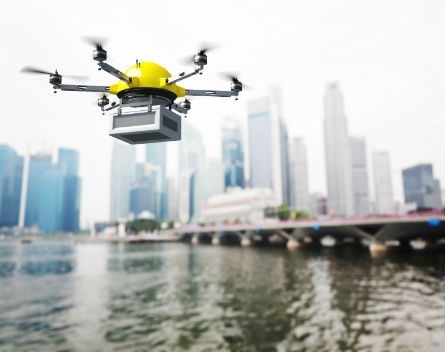 Google will be using drones to make commercial deliveries in less than two years as the mysterious Project Wing gets its first official timeline.

The Google X project was first announced towards the end of last year with a video showing tests being conducted in Queensland. The prototype Google-built drone delivered everything from dog treats to radios to nearby farmers but since then little has been heard from the now Alphabet-owned company.

Now Project Wing lead Dave Vos says he aims to have the commercial business up and running by 2017, as Re/Code reports.

Google is competing with the likes of Amazon and Alibaba in the drone delivery arms race.

Amazon has announced plans to use drones to deliver goods purchased on the platform, and has claimed that a robotic vehicle could get the goods to the buyer within half an hour of purchasing.

China’s biggest online retailer Alibaba also conducted a trial of drone deliveries to its offices in Beijing, Shanghai and Guangzhou earlier this year.

Few other details have emerged about the type of drones Google would be use, or what goods would be transported, although some earlier reports claimed it could be for disaster relief or shipping medical supplies.

A video also emerged recently showing a Google drone covering more than 8km in five minutes to deliver a package, even if it was a bit wobbly.

The prototype video released in August last year outlines why the search engine giant is getting involved with this technology.

“Throughout history there have been a series of innovations that have each taken a huge chunk out of the friction of moving things around,” Vos says in the video.

“Project Wing aspires to take another big chunk out of the friction of moving things around the world.

“The next phase is to take the momentum and enthusiasm that we’ve built internally and now drive it towards enabling the dreams of delivering stuff more quickly.”