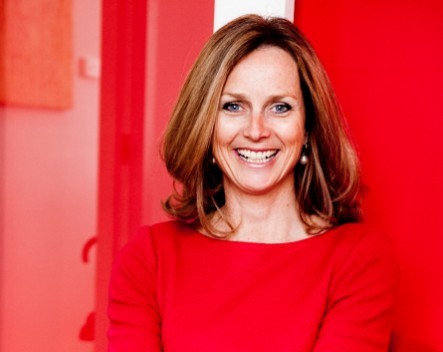 Google Australia held its first Google for Entrepreneurs Women’s Meet-up on Wednesday night to encourage more women to step up and take risks as part of Australia’s growing entrepreneurial culture.

According to a Google blog post, the event was launched to address the “disproportionately low number of women starting their own tech businesses in Australia”.

A spokesperson for Google says around 70 women attended and they plan to hold the meet-ups every three months.

Simson and Burston told StartupSmart they were excited to see so many female entrepreneurs, but wish gender wasn’t still an issue.

“I want to stop talking about gender,” Simson says. “But right now, we need to. But I don’t believe it’s a gendered reason that’s holding us back.”

“As far as opportunity goes, I think it’s a level playing field,” Burston says. “Australia is an incredibly fortunate place to start a business, and I’d like to think our start-ups have an attitude of opportunity rather than entitlement.”

According to Burston and Simson, growth was the main topic discussed at the meet-up.

“Are we dreaming and planning big enough?” Simson says. “You’ve got to want to grow, it sounds really obvious but some people get so busy working in the business that they’re not focused on growth.”

Burston says the key to growth is constantly articulating your vision and accepting you won’t have the same team at every stage.

She says for the first four years of her business, Job Capital, she had almost no staff turnover, but after a period of strong growth she now has created a completely new team.

“Either individuals want to take that journey to the moon with you, they want to learn how to, or they don’t want to and that’s okay,” Burston says.

Simson says fear is the other factor holding women entrepreneurs back, but it doesn’t need to.

“What’s the worst thing that can happen? That your business will get so big it’s out of control, or that you’ll have to give up total control?” says Simson. “You have to get the people who have the skills you don’t, so you can give up your fear because you can trust them to get the bits you can’t do.”

She adds that processes may seem boring, but they are critical to scaling and will set business owners free when they’re done right.

Burston agrees fear is a powerful obstacle for women entrepreneurs.

“It’s in your gut. If you’re one of those fighters who will never give up, the fear dissipates pretty quickly,” says Burston.

“The thirst for success is much stronger than the fear of failure. And you don’t know how resilient you are until you face a challenge. How you react to a situation versus what the situation is important.”

Both said having a clear vision was one of the most powerful things an entrepreneurs of either gender could have.

“No one goes into business wanting to stay small, but maybe they stop asking themselves what they need to do to grow the business,” says Simson.

Research released by Google and industry peak body startupAUS this year found the tech start-up sector had the potential to contribute $109 billion to the Australian economy, and create 540,000 jobs by 2033 with support from entrepreneurs, educators, government and corporate Australia.