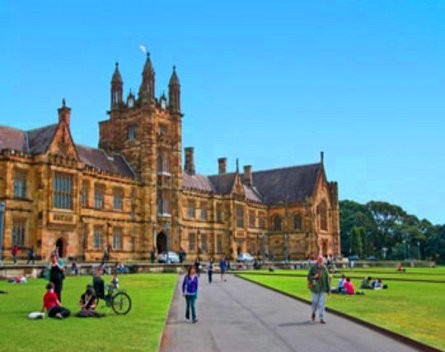 Sydney University’s entrepreneurial accelerator program INCUBATE is set to span universities across the country thanks to a partnership with Google announced this week.

“I’m really excited about creating a national network of students and entrepreneurs on campus. That’s where the potential is: to encourage more start-ups to launch from campus. There is a big gap there at the moment, with too many students leaving universities without being clued up on the start-up scene and how to get going,” Alexander says.

“Our point of differentiation is that we’re not a business planning competition. Those are very early stage competition about ideas whereas this is more an accelerator model. People in the program are expected to launch and go to market with a minimum viable product by the end of the program.”

He says they’ve begun negotiations with a couple of universities, and are looking forward to addressing the education gap around entrepreneurialism.

The organisational support and financial partnership discussions with Google were launched after the first intake of the INCUBATE program. The program has since run a second iteration.

In a statement, engineering director for Google Australia Alan Noble says: “Google is passionate about working with entrepreneurs and supporting start-up communities around the world.  We hope many of Australia’s future entrepreneurial leaders get their first start-up experience via this program, and help contribute to our growing tech start-up community.”

INCUBATE will work with other universities sharing their program and approach, as well as locating mentors and some financial support for grants and administrative costs.

Start-ups in the program receive a $5,000 grant, access to co-working space and mentoring.