Google reveals its depth of vision for VR YouTube 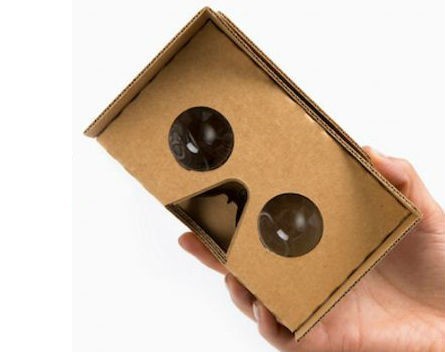 Google is jumping into virtual reality in a big way, announcing that YouTube now supports VR video through its Cardboard viewer.

Even videos that aren’t shot with VR technology will now be viewable through the headset, with YouTube altering the content to create a “virtual movie theatre”.

It’s a step up from the 360 degree videos, with an added sense of depth greatly improving the sense of immersion.

“So if you were excited about 360 degree videos, this is pretty freakin’ cool,” a YouTube blog post says.

The move has been in the works for the while, and Google has released a series of demo videos to coincide with the announcement, including a Hunger Games VR experience, an ad for shoes and footage of gorillas.

The entire YouTube catalogue of videos will also be able to be viewed through the Google Cardboard headset by tapping an icon, creating the “largest VR content library right at your fingertips”.

Unsurprisingly it’s only available on the Android app at the moment, but Google says it’ll be on iOS soon.

It’s another big step in the rapid push to place virtual reality in the mainstream, and will be good news for New York Times subscribers, with the paper recently announcing a partnership with Google to distribute one million of the VR headsets this month.

Facebook has also been embracing virtual reality videos of late and are in the process of rolling out 360 degree videos that don’t need a headset.