Google search results put to the UsabilityHub test by researchers 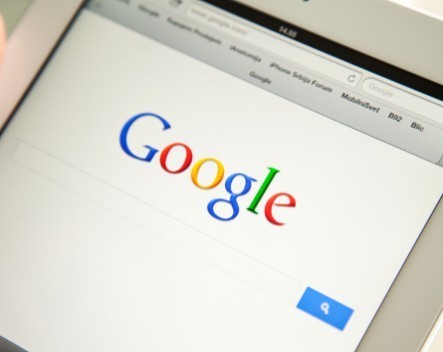 Melbourne startup UsabilityHub has found itself playing a role in the ongoing debate about Google and how it displays search results.

UsabilityHub’s software, which is used for testing website designs and mock-ups on real people, enabled researchers to test where people clicked on Google search pages. The study found that users are 45% more likely to engage with universal search results when the results are organically determined.

“By prominently displaying Google content in response to search queries, Google is able to leverage its dominance in search to gain customers for this content,” the study says.

“This yields serious concerns if the internal content is inferior to organic search results.”

UsabilityHub co-founder Tristan Gamilis says he knew Yelp had been using the product but had no idea it was for this sort of research.

“It’s very cool to see it being used in an academic context,” he says.

“One of my favourite things about UsabilityHub is seeing how clever people are always finding novel new ways to make use of our tests, even for user research in offline settings. Yelp’s research is another good example of this happening right under our noses.”

Google search rankings have been investigated by the US Federal Trade Commission and European Union regulators have warned the tech giant it could be fined for alleged past violations of EU antitrust law. Earlier this week the EU granted Google more time to respond its allegations.

It’s not the first time UsabilityHub has been employed in a high profile manner. Prior to the launch of his highly influential book The Lean Startup, author Eric Ries used UsabilityHub to select the book’s cover.

“In the early days of UsabilityHub, Eric Ries used our click test, the same type of test used by Yelp researchers, to choose a book cover for The Lean Startup,” Gamilis says.

“He mocked up images of physical bookshelves as they might appear in any store, featuring The Lean Startup amongst other books, and tested several design and colour combinations asking users to click on the book on the shelf that stood out the most.

“The best performing design in this study was ultimately chosen as the cover we now all know too well.”

UsabilityHub began in 2008 as a project of Macropod founders Alan Downie and Matt Milosavljevic 5secondclicktest.com. In the middle of 2013 Downie and Milosavljevic handed control of the project to Gamilis and Nicholas Firth-McCoy who rebuilt it from the ground up, at which point it became UsablityHub. Gamilis and Firth-McCoy split their time between UsabilityHub and their time tracking and invoicing software startup Paydirt.

“Both of the startups are bootstrapped, making money and ticking along nicely. For both of these products the revenue covers any development we need to do, but we may look at expanding the team, particularly for Usability Hub.”