Google Jump, GoPro, and YouTube 360 have virtual reality pushing towards the mainstream 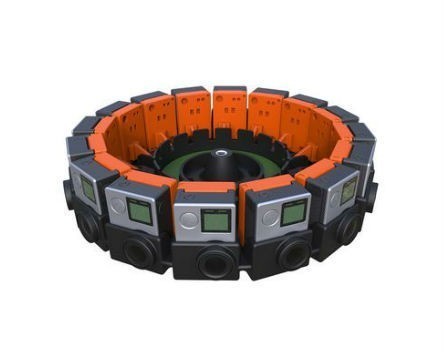 Above: GoPro’s Jump-ready 360 camera array uses HERO4 camera modules and allows all 16 cameras to act as one.

Key announcements by Google at its annual Google I/O developer conference have put virtual reality on the cusp of going mainstream, according to two key figures in the Australian virtual reality community.

During the conference, Google unveiled a new virtual reality ecosystem known as Jump, as well as new camera arrays that can capture 360-degree vision, and streaming stereoscopic virtual reality videos on YouTube.

Virtual Reality Ventures managing director Stefan Pernar told StartupSmart the commodification of virtual reality is likely to happen over the next 12 to 18 months.

“The big news from Google I/O is a virtual reality targeted Go Pro rig, one in a six-camera version and one in a 16-camera version, along with the Jump initiative. There’s also a set of assembly tools that allows you to stitch the thing together and extract 3D info from a range of perspectives,” Pernar says.

Pernar says that creating and sharing a virtual reality experience will soon be as easy as buying a GoPro rig and uploading the video clip on to YouTube 360.

He also points out that a string of consumer virtual reality headsets are set to hit the market in late 2015 and the first half of 2016, including Sony Morpheus, the HTC/Valve device and the consumer version of Facebook’s Oculus Rift. Samsung is also likely to heavily push its Gear VR headset in the lead-up to Christmas.

“That’s what Facebook buying Oculus was all about – sharing your user-created virtual reality experience with your family and friends on Facebook,” Pernar says.

“The landscape is changing. Virtual reality company’s focus will not so much be on stitching video together. That problem has been solved.

“Instead, they will need to add value, in the form of interactive and value added content.”

“The smartphone camera in your pocket is now better than the cameras used to shoot Star Wars. So why doesn’t everyone just whip out their phone and shoot Star Wars? It’s not just a matter of hardware – there’s also cinematography.

“A year ago, virtual reality was just a tech process. Even simple, stationary shots were state-of-the-art. Now you need to manage movement.”

“It’s what happened with film – it’s democratisation. On the tech side, equipment isn’t cost-prohibitive anymore. From a hardware perspective, this solves the post-production issue of stitching video clips together,” Andreacchio say.

“This is another big step, the process of making [VR] a systematic production method, and getting big companies a clearer path.

As for Pernar’s sentiments about VR going mainstream, Andreacchio is cautiously optimistic.

“I know I should say yes 100%, but we don’t know. But certainly a lot of time, money and energy is being thrown at this at the moment. So I suspect we are, but ultimately that’s up to the consumers,” he says.