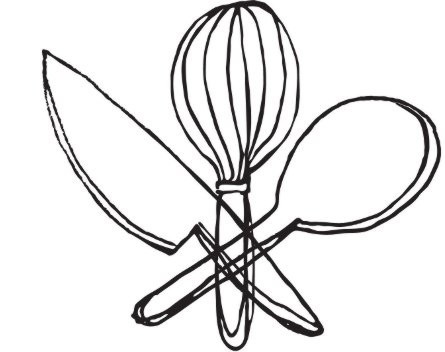 Man and wife team, blogger Kim and chef Andrew, launched All Consuming Food, a gourmet dinner home delivery service last month in a bid to take charge of their lives and finances.

“We wanted to take control of our financial situation and really started to look at running our own business because Andrew had a couple of really bad experiences as a chef with really dodgy bosses,” Berry says.

“We’re starting really small but it’s ours, and there is a real excitement in launching something that is holus bolus your own. It’s really liberating. We can be as unbridled with our creativity as we want to be.”

Originally they had planned to start their own restaurant. They had developed a business plan and were looking at sites when their eldest child, who has a disability, became unwell and had to go to hospital.

“This wasn’t unusual, we have a couple of hospital visits,” Berry says. “We’ve got four kids, so there is always something going on. That combined with not being able to get finance made us realise that running a restaurant wasn’t really possible.”

After deciding this, the Berrys focused on one component of their business plan that they had always thought would be a money-maker.

“Andrew had developed one component that was cooking meals that people could come in and take home to reheat. It’s a gourmet dinner service, and we thought that was probably the money-maker as it had minimal overheads; we just had to make it. That component really took hold,” Berry says.

They began developing the business at the beginning of 2013. Berry says the biggest challenge was finding an affordable way to create the food that complied with the extensive range of food regulations.

“We thought we’d need to outlay several thousand (dollars) to get certain pieces of equipment and to hire a restaurant’s kitchen one day a week, and that was going to hold us back,” Berry says. “We started it on the smell of an oily rag and we certainly don’t have thousands kicking around to buy commercial kitchen equipment.”

They were able to hire a commercial kitchen one day a week, in which they cook all the meals. The meals are delivered once a week to clients on the North Shore and northern beaches region of Sydney.

Andrew still works full-time, and Kim manages the newsletter and deliveries. They both cook, but Andrew does the lion’s share, although he does avoid the desserts.

“I’m cooking the desserts. Andrews’s not a fan of that, he says it’s too sticky,” Berry says.

Launched five weeks ago, Berry says they need to grow slowly and organically.

“If it took off hammer and tongs, we’d be in a pickle because we’re just getting started and we’ve got a family,” Berry says. “But the excitement of watching something grow is a bit addictive. The first week we had one customer and it was a friend. But the third week we had five, and three of those we didn’t know.”

“Me traipsing all over Sydney wouldn’t be very cost-effective. We’re looking into courier costs, as the interest is there, we don’t want to ignore it,” Berry says.

Despite the growing workload, Berry says they’re calmer and more confident than they’ve been for years.

“It’s not stressful to manage because it’s for us. I was more stressed about us being in real financial trouble than I am about being busy,” Berry says. “Being able to take hold of the reins of our financial situation is really exciting.”