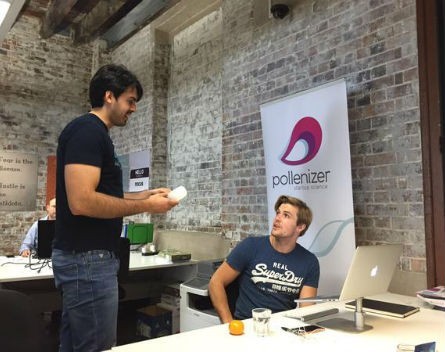 The government will be opening treasure troves of public data as part of a pilot program aiming to encourage innovation in e-governance.

The Department of the Prime Minister and Cabinet will be working with Pollenizer for DataStart – an open data program that it hopes will drive data-driven innovation and produce a commercially-viable business.

After a series of competitive pitches, one startup will be chosen to receive nine months incubation at Pollenizer, support from the government, and $200,000 in seed investment from Right Click Capital.

“For the Australian government to be very serious about this, to open the data, is not only presenting a wealth of opportunities for entrepreneurs, but also allowing many Australians to benefit from this,” Chong says.

“We want the founders to use creativity and leverage the data that is being opened by government to come up with things to change people’s lives and have a huge impact.”

DataStart aims to “find, incubate and accelerate innovative business ideas” that use openly available data from the Australian government.

Applications will be open for six weeks along with information sessions in six cities from 17 November. From there a shortlist of 20 founders will receive mentoring for a month as well as intensive workshops and coaching from government officials before a final winner is selected from a showcase event on 18 January next year.

Pollenizer partner Daniel Ringrose says it’s not meant to be a competitive environment along the lines of Shark Tank, and he hopes “hundreds” of Australian entrepreneurs will apply to take advantage of the opportunities on offer.

“The hope is that we’ll be able to find something that has impact beyond just what the government’s social objectives might be – for it to be a big, viable commercial entity as well and to inspire further startups,” Ringrose says.

“We want it to become a big and meaningful business.”

Chong points to open-data initiatives in the US that have utilised weather and geological information to help farmers find the best time to plant and formulate weather-based insurance policies, as proof of the value of such programs.

It’s about working with the government and leveraging what they have to offer, rather than solely relying on it, Ringrose says.

“The opportunities through government partnerships are really powerful,” he says. “Working with the Prime Minister’s office and Cabinet means they’ll get profiles, chances to discover early customers and distribute through government channels.

“But that only comes if we can prove the business is viable in its own right and not just a project to build a company and try to push it through government. We want to build a legitimate standalone business.”

Ultimately it’ll be the founders that determine whether DataStart will be a success or not, Ringrose says.

“We expect they’ll have good skills and domain knowledge, and will also recognise that their ideas are not the things that’ll necessarily be a successful business – they’ll be flexible and willing to test and learn,” he says.

“Open data will be a powerful tool, not just a prescription. It’s the founders, not the data that will make this program succeed.”