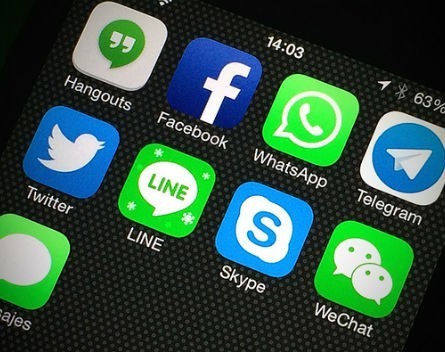 Mobile messaging apps such as Whatsapp are killing traditional text messages while multi-screening is going mainstream, according to an Australian Communications and Media Authority.

Here are the six media and communications trends identified in the report:

1. Communications go over the top

Over the same time frame, the number of voice over internet protocol (VOIP) users has surged from 2.1 million to 4.6 million.

However, this extra data users has been good news to mobile phone carriers, which have seen their revenues surge from $15.967 billion to $20.014 billion.

2. Consumers build their own links

It’s not just the number of communications apps that is booming. Australian consumers are using them with a wider variety of devices, which are connected over a growing number of network technologies.

The number of devices they use is also increasing, with the number of Australians owning a tablet, laptop and smartphone increasing from 28% in 2013 to 53% in 2014.

3. Wearables are set to boom

On top of smartphones, tablets and laptops, the report predicts wearables (including Google Glass, smartwatches and fitness trackers) are set to become increasingly common over the coming years.

It also predicts that an increase in the number of devices running Google’s Android Wear platform, along with the release of the Apple Watch early next year, will lead this trend to accelerate.

The internet is not just disrupting the way we communicate.

In a typical week, 97% of Australians watch a free-to-air or pay TV service. By contrast, one-in-two Australians have watched online TV over the past six months. This includes professionally produced catch-up or streaming TV services, pirated movies and content from video sites such as YouTube.

Meanwhile, people aged between 16 and 24 now watch more TV over the internet than they do from broadcast television services.

In many cases, new forms are television are complementing, rather than replacing older ones.

The report shows 74% of Australians with internet access regularly watched TV and used the internet at the same time, up 25 percentage points from 2009. It is as high as 89% for people aged 25 to 34.

Overall, 71% of people still prefer to watch TV shows and movies on television, compared to on mobile phones (5%), tablets (4%) and computers (29%).

6. TV is still the one for news

Finally, when it comes to getting the news, the more things change, the more they stay the same.

The report shows that 92% of free-to-air or subscription television viewers watched a news or current affairs programs on television in 2014.