Government’s startup council criticised for being too Sydney-centric: “If you are in charge of putting these boards together, lift up your eyes” 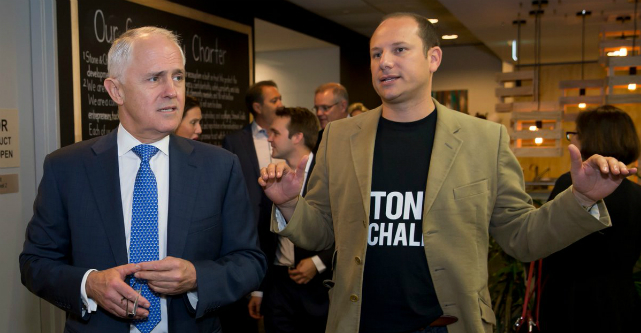 The federal governments “expert fintech advisory council” has been criticised for focusing too heavily on Sydney and ignoring the wider national ecosystem.

Announced by Prime Minister Malcolm Turnbull and Treasurer Scott Morrison earlier this week, the advisory group will consult with the government on fintech issues.

But 11 of the 12 members are based in Sydney, with  CoinJar co-founder Asher Tan the only member of the council from outside of NSW.

A focus on Sydney

This is concerning for the rest of the country’s fintech community, Startup Victoria CEO Scott Handsaker says.

“We were disappointed to see that 11 of the 12 announced board members were residents of Sydney, which leaves little room for other voices to be heard from around the country,” Handsaker tells StartupSmart.

“If we are truly laying down the community infrastructure for future fintech success then it is critical that we include Perth, Brisbane, Melbourne, Hobart and others in the conversation.”

1/ Making Australia the leading destination for FinTech in Asia-Pac is a fantastic goal.https://t.co/HtPTIOkbIc

3/ Location matters. Diversity of voices matters. If you are in charge of putting these boards together, lift up your eyes.

Fintech Melbourne co-founder Andrew Lai says that although Sydney is leading the way on fintech there are thriving ecosystems across other states that aren’t recognised on the council.

“I think fintech is a national opportunity and exciting fintechs are developing in every state,” Lai tells StartupSmart.

“It would be great to see some more national representation in the membership of the fintech council.

There are also concerns that with the large majority of members hailing from NSW any future government policy on fintech may be very Sydney-centric, he says.

“Hopefully Sydney won’t also just get 11 out of 12 of any upcoming federal funding initiatives,” Lai says.

“In particular for Victoria, financial services is the biggest sector driving GDP growth in the state economy. It’s in our interests to have representation in a federal group to help drive policy change.”

A lack of bipartisanship

The fintech council has also been criticised by the federal opposition, who say they weren’t consulted on its establishment or the members.

In a joint statement, shadow minister for financial services and superannuation Jim Chalmers and shadow parliamentary secretary for digital innovation and startups Ed Husic says that although they “welcome” the announcement, a lack of consultation was disappointing.

“Labor extends its bipartisan support for the initiative, despite the fact that the government yet again declined the opportunity to advise of its intent to establish such a group ahead of this announcement,” the joint statement says.

“We see this as another example of the government saying it values bipartisanship in early-stage innovation but failing to live up to its own words.”

Despite this, the opposition acknowledges that the fintech council is a “vital measure”.

“The importance of this advisory group cannot be understated,” the statement says.

“Given concerns of the fintech sector about the failure of the Turnbull government to effectively consult during the development of its equity crowdfunding laws, the establishment of this group is a vital measure to remedy its lacklustre approach to industry consultation.”