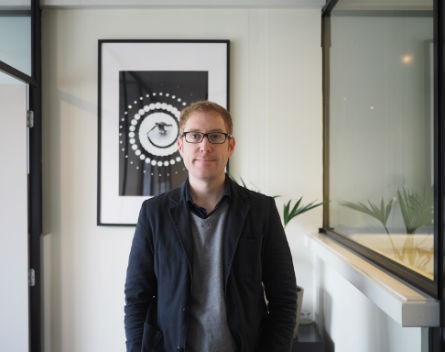 Nearly every day someone will tell Grant Bissett that he should move his startup away from Perth.

All-in one multicurrency payment platform Pin Payments has been based in the Western Australian capital since its inception while running business development out of Melbourne, and co-founder and CEO Bissett has remained steadfast in staying put in his hometown.

“We get opinions all day in every direction, and we get recommendations on moving to Melbourne or Sydney or London or San Francisco for a variety of reasons,” Bissett tells StartupSmart.

“That’s all great – we just smile politely and then get on with our job.”

After closing a $3.1 million series A round, Bissett says the doubters have been proven wrong, and Pin Payments will be staying in Perth.

“This certainly disarms any argument against staying here,” he says.

“We have an excellent capacity to operate, our business is now proven and de-risked, and it’s the right time to expand.”

A year in the making

The $3.1 million investment round was led by Vix Investments at a valuation of about $15 million. Pin Payments has previously completed two seed rounds at a total of about $1.5 million.

The investment process has been a long one for Pin Payments, with the round opening late last year, but Bissett says it was worth the wait to find the right partner.

“The lead-time to finding a suitable partner was a bit challenging,” Bissett says.

“Raising private capital for an early-stage tech company in Australia is challenging.

“We were approached by the usual suspects in the VC scene, and in the process got invited to several discussions with different types of investors who weren’t so well suited to our project. Many of them wanted to run a backdoor listing on the ASX, and that’s something we identified as inappropriate for us at this stage.”

A lack of resources

After launching in 2013, the startup has enjoyed steady organic growth and recently clocked up the one millionth sale for merchants on its platform.

But Bissett says he became “frustrated” with a lack of resources restricting this growth and any plans for expansions.

“The growth has been steady and organic, but it’s been constrained by our resources,” he says.

“The product has been in the market for two and a half years but it’s still certainly an early-stage company that’s running pretty lean.

“We’ve been happy with the growth but we’ve been somewhat frustrated that we haven’t had the resources to really kick it off.”

That’s where this new cash injection comes in, with the funding going primarily towards expanding the Pin Payments team and their product offering, as well as looking at the possibility of expanding into Asia.

“It’s especially for expanding engineering to grow the breadth of the product, and to start our first concerted marketing effort,” Bissett says.

Pin Payments was one of ten Aussie startups that recently made the trek to the UK for the London Fintech Week, with many viewing it as an attempt to poach these startups from Australian shores.

But Bissett says the startup isn’t tempted to make the jump to the United Kingdom.

“We’re proudly Australian and we have no intention to relocate the company,” he says.

“If we want to deploy a customer service operation for merchants in Europe then the UK starts to look relevant for us. We’re pretty keen to set up localised customer support in each market we launch in.”

With the backing of $3 million it’s now time for Pin Payments to rapidly expand and spread the word, all from the capital in the west.

“Now we want to get the word out there and start making noise,” Bissett says.