GreenSync takes on giants to save on energy costs 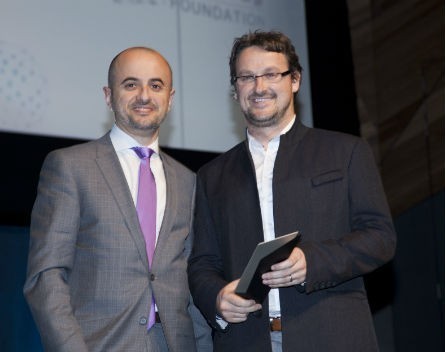 Honeywell and General Electric aren’t what you would call “small competitors”, but that’s exactly who Australian startup GreenSync is taking on as it looks to expand internationally.

GreenSync’s PeakReponse is a cloud automation product for commercial and industrial energy users, which can forecast peak electricity loads across the power grid in real time and automatically control large pumps, refrigeration chillers and generators to shave the peaks in demand.

GreenSync founder and managing director Phil Blythe says the service can save between 10-15% in energy costs.

“We’re working on a very big strategy at the moment,” he says.

“This is about allowing people and businesses to take control of their energy resources through distributed energy. We’re mapping every household, every energy grid hotspot.”

GreenSync helps businesses avoid those extra costs, by helping them manage their energy need and shifting the load through those peak times.

Blythe says it has benefits for both businesses and power providers.

“We essentially have automation systems to reduce the load by switching on generators, switching off pumps,” he says.

“And it means there’s a lot of infrastructure and capital investment deferred.”

As a consequence, Blythe says GreenSync’s customers are diverse.

“We work with major retailers across Australia, big business, large facilities – it could be airports, ports, food processing facilities, mines, water utilities, anyone who’s a big energy user. Right down to individual homes,” he says.

The company is currently in talks to expand internationally. It launched around four years ago and Blythe says utilities have proven a hard industry to break into, but he says it’s starting to build some momentum.

It’s received investment from the Melbourne Angels investor group, although he was unable to say how much. Recently, GreenSync received the Victorian Government Inspiration Award, and the Startup Award under the Pioneer Domain section at the National iAwards.

GreenSync is currently in discussions with a number of investors in search of capital that will help the company launch in international markets.

Blythe says while the company has big competitors, its lean startup roots give it a significant advantage.

“Our competitors are all from overseas, very large companies like GE and Honeywell – all Wall Street listed companies,” he says.

“But we can move fast. In the time it takes for these large companies to respond to a tender we can build new products and totally change course in that period of time, and in a very dynamic market, that’s a huge advantage.”