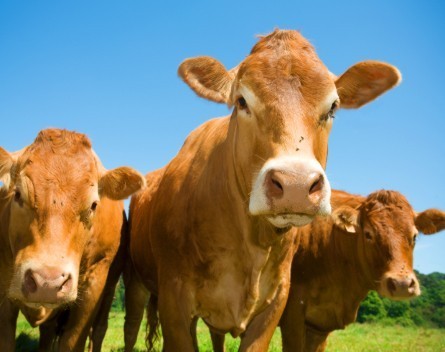 Just as surely as day follows night, the Australian media have broken the announcement of a trade deal with yet another series of Australian food selfies. Cows on the paddock, cheese on the plate and – for those prone to scepticism or pure scaremongering – sugar spilling away.

All that is fine, it’s lovely. The rest of the world should devour our fabulous Australian produce, and after all what sort of neighbours would we be if we provided our friends with Australian waygu, but left out the bottle of shiraz?

Without wishing to offend those on the land, however, it must be stated that the overall gains from increasing exports of agricultural products are limited. Agriculture contributes just under 3% of Australian economic output (value added) and less than 5% of employment. Doing better for this sector is absolutely a positive thing – it’s just not the main game for the nation.

It’s also not the main game for the Trans-Pacific Partnership deal. Though we don’t yet know the details, we do know the component parts of the negotiations that have been underway for nearly a decade. This agreement is about much more than tariffs, and that is what is so exciting about it.

This agreement is about cross-border deregulation, competition and cooperation. Not only that, it is promoting deregulation, competition and cooperation in Asia – a region that tends to feature a relatively high regulatory burden, huge discrepancies in treatment of cross-border business and a complex, fractured legal framework. There are enormous gains to be made.

The question for trade minister Andrew Robb is how he is going to sell this deal. Steak is tangible, easy to understand. Not so much for cross-border investment and customs practices. These are intangible, to most punters anyway. The photo opportunities are not obvious. Even worse, the benefits cannot always be easily quantified.

It is time for the Australian economic fraternity to step up. There is a clear to call to action here. For the decades leading up to the deregulation of the Australian economy in the 1980s and 1990s, Australian classical economists played the hero in the trade wars – quantifying the gains from tariff reduction, arguing the case and being generally helpful in tearing down protectionism. The narrative was a clear and compelling one: Reducing tariffs and deregulating industry would lift prosperity for all, and grow the economic pie. And so it did.

What is the narrative today? Are we working on trade in services with a view to increasing inbound tourism and university student take up? Like beef, that a nice to have – but it lacks imperative.

Rather, we need to talk about how the TPP will grow our pie.

Extrapolating from an ABS survey last undertaken in 2009, we estimated that financial services is also probably Australia’s largest services export, equivalent to about A$55 billion in 2013, or 17% of all exports. This is larger than tourism exports, and more than double the value of education exports.

Why don’t we know about this, or talk about it? Because the majority of cross-border trade in financial services is delivered on the ground overseas, and occurs through inter-company activity of multinational firms or their small service providers. ANZ sales of banking services in Hong Kong don’t get counted, and neither do IAG policies written in Malaysia or AMP management of funds from Singapore, for example, into Hong Kong. Not to mention the business generated amongst small traders in Australia who sell their services to the large, overseas conglomerates that operate here.

No services delivered through this on the ground “mode of supply” find their way into ABS data. The same is true of accountancy, IT, legal and all manner of other professional services – think of accounting done out of India, call centres in Manila or graphic design production in Singapore. What hope have we got in quantifying the gains from trade in services if we can’t count the current trade activity in the first place?

And in the services economy – what are the critical barriers to and enablers of growth? A safe and secure digital environment, the ability to set up shop offshore quickly and easily, the certainty of delivery from offshore vendors and the confidence that contractual obligations will be enforced should things go wrong.

By all accounts, this is what the TPP will start to address. It has its sights squarely on financial services, investment, telecommunications, e-commerce, data storage and protection, government procurement, customs practices, mutual harmonisation and recognition of legal frameworks – all the core issues for a 21st century economy. All critical enablers of growth for Australian services firms, large and small.

The TPP is a call to arms for Australia’s highly capable 21st century economists – or at least, a call to your computers. It’s time to build the case.