Hackathons in Melbourne, Sydney and Brisbane aiming to turn “health data into information into knowledge” 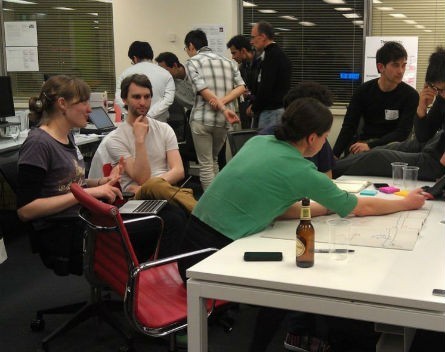 With interest in health technology booming, an upcoming hackathon across three states is aiming to bring together tech experts and leading medical researchers.

Running from October 24 to 26, the HealthHack events are being organised by the Open Knowledge Foundation, which was one of the groups responsible for the GovHack event in July that attracted a record 1400 participants across 11 sites nationwide.

HealthHack organiser Kelvin Nicholson told Private Media the 2014 event comes at a time when, through wearables and other devices, we are collecting an increasing amount of data about ourselves and our health.

“This event is about figuring out how to transform that data into information, into knowledge,” Nicholson says.

“The purpose of the event is to bring together researchers with other people in the community who might have skills that the researchers don’t have, such as software development, data analytics and people who can do visualisations.

“You might have – for example – a researcher who needs to develop an Android app, and you might get a software developer who can build a demo of an app as well as someone who can do visualisations.”

Aside from medical researchers, event organisers are interested in finding tech professionals with a number of different skill sets.

“The people who have signed up – and the people we’re interested in – are software developers, data analysts and statisticians and people who can create visualisations out of complex data sets,” Nicholson says.

“And we’re also looking for people on the business analyst side who can talk to the researchers and developers and help to brainstorm ideas. It’s open to anyone interested in health and health research.

The event kicks off on the Friday evening 6pm with drinks and food. After a short pitching session where researchers describe the medical issues they’re working on, teams will race until 4pm Sunday to create solutions. Nicholson warns there are limits to the amount of research that can be done over such a short timeframe.

“You need a problem statement you can solve in a weekend, so usually it will be about taking data and transforming that into something useful. So building an artificial limb over a weekend might be difficult, but developing software to gather useful data from an artificial limb could be an interesting problem,” he says.

The event is running for its second year, after attracting around 40 or 50 developers to a single event in Melbourne last year. The winners were Gene Machine, a web app allowing medical researchers to interactively explore the quality of genetic samples, and EPI View, an app for displaying genetic and epigenetic marks.

It comes at a time when interest in the health technology scene is booming. As StartupSmart recently reported, Melbourne’s StartUp HealthTech Meetup group is amongst the fastest growing in the world.

“At this stage, with a month to go, we have eight to 10 researchers and 200 people have registered across the three cities. The Melbourne event looks like it will be the largest of the three, based on the number of registrations so far.”

Registration for this years’ event is open. Medical researchers or tech professionals interested in participating can register here.