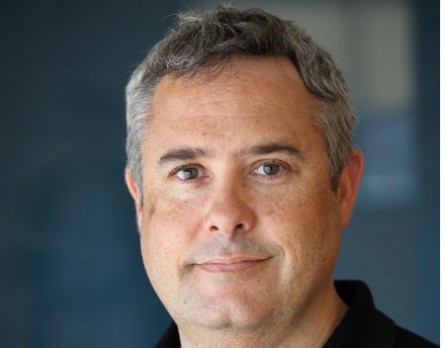 Aviation app developer Avsoft is gaining altitude across Australia, New Zealand and the US following an investment from entrepreneur Simon Hackett, with the company recently releasing an entry-level version of its CASA-approved app for Android devices.

“Traditionally, pilots did all their flight planning using rulers on maps. They used rulers and protractors to measure distances and headings to fly. They then needed to manually take into account winds and other factors when flight planning,” Anderson says.

“All this information, maps, airport diagrams and others then needed to be carried into the cockpit. Depending on the flight to be undertaken, this could be kilos of paper.”

Following the release of the Apple iPad in April 2010, Anderson started thinking about how a flight book could be compressed into next to no weight in the form of an electronic flight bag app, or EFB, for the new device.

“I imagined an app on the device which replaced my pilot’s kneeboard. On my kneeboard I clipped my flight plan on one side and the maps, charts and airport information used for the flight on the other. AvPlan EFB was to be an electronic replacement for this, and that is what it has become (and a whole lot more),” Anderson says.

“These days, AvPlan EFB replaces all this, plus more calculations and other performance optimisation functionality in a small device weighing 100s of grams. We can then take it everywhere with us, so no matter where a pilot is, we have all the tools at our disposal. Over the past few years we gained approval from CASA for pilots to use AvPlan EFB instead of carrying all this bulky paper.”

The app came to the attention of Australian entrepreneur Simon Hackett soon after he purchased his Pilatus PC-12 aeroplane. In November last year, Hackett invested in a 40% stake in the company, allowing it to expand overseas.

“As he got familiar with it and saw what we had achieved, he reached out to us and offered us some investment to assist us to add capability and to grow the product into new markets. Since Simon came on board we have expanded into the United States and New Zealand, and begun the process of bringing AvPlan EFB to a new platform, in Android,” Anderson says.

Hackett explains that a key distinction between AvPlan and its rivals is that it began life as a flight planning and flight management application for high end/professional/commercial pilots.

“It offers functions that are extremely sophisticated, and that are hugely valuable to this type of pilot. It also works wonderfully well right down to a ‘weekend warrior’ flying his two-seat sports aircraft to the next airfield for a Saturday BBQ,” Hackett says.

“The latter usage model is a perfect fit to our ‘Lite’ (entry level) version, and the software then lets you unlock more and more features via additional/optional subscription packs, to turn on all the professional pilot tools if you need them.

“Because we started life at the high end, AvPlan does these sophisticated things really well (by design, and by intent). Some of our competitors started out as a cheerful tool for the weekend warrior and have grown more sophisticated features later, and in a far more haphazard manner – and we think the result is far less effective than our ‘designed-in’ sophistication.

“In effect, we started at the high end of the industry and we’re reaching down toward simpler mission support, where our competitors started simple and have bolted stuff on over time to climb ‘upward’ to the harder stuff. We think the way around we did it creates a better outcome.”

The new Android version, dubbed AvPlan Lite 1.0, is an entry-level version of the app available as a free one-month trial from the Google Play store, with a full subscription costing $69 per year in Australia.

“We only exist today as the companies who produced flight planning software for the PC never adapted their businesses when mobile devices began to appear,” Anderson says.

“This example is a lesson to us to never rest on your accomplishments, and never bet your business on what is currently the big thing. Always look for new opportunities and respond to market demands, and in our case, the market demands multiple platform support.”

“We certainly feel that we have only just begun. With what we are doing, and with the assistance of our fantastic industry partners we expect to see mobile devices bringing more efficiency to aviation: A future where aviation is more accessible to existing and new pilots.”