Hacking the body: the scientific counter-culture of the DIY bio movement 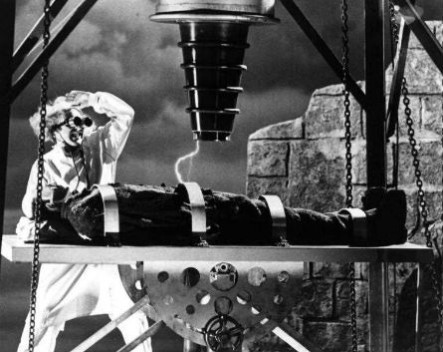 Science and biology are slowly, but smoothly, being co-opted by a DIY approach that’s looking an awful lot like the start of the tech start-up boom.

It makes some sense that this makeshift biological movement is taking lessons from the same trajectory that computer hacking and small tech companies took. Once molecular biology and genetics came to grips with the fact that DNA and genes are essentially just another programming language, it was almost inevitable that someone would try to hack it, whether for the benefit of the majority or, more likely, just for fun.

“DIYbio” is an emerging area, riding on the coattails of tech start-up interest and the rising “Maker” movement. This is where people provide a space for scientists and non-scientists to come into a lab and basically do what they want.

There are not many of these labs yet, as they tend to raise red flags in the eyes of authorities which are concerned about bio-warfare or drug manufacturing. And, until recently, it was rare to have a lab running outside of the highly regulated realm of business or academia.

But these labs, if they are involving “wet science”, tend to work in close accordance with the law. They go through the proper avenues of approval, and no one can work in the spaces without adequate training.

But once you have completed this training, you can go in and do whatever it is you want. It’s reminiscent of the way that science used to be done many decades ago. Back then, a researcher didn’t require approval or funding for an idea, they just did it, often in unorthodox of spaces. So DIYbio is the biological equivalent of the garage in which Apple was supposedly born.

It’s exciting to watch just how much DIYbio has taken from tech culture. Tech start-ups, indie game development and the Silicon Valley “underdog” culture were all born from the computer hacking days of yore. Currently, DIYbio is still in its controversial and small stage of its growth, but we are already seeing the next part: science start-ups.

Synthorx is one of the first companies to take on that title. It’s trying to extend the language of DNA beyond the current four chemical bases we have now.

There is also an tremendous increase in companies that are selling DIY science kits you can buy online. Larger companies are also dabbling in this, such as Ancestry.com which sells cheap and easy to use DNA kits.

Dr Denisa Kera, Associate Professor at the National University of Singapore, is heavily involved in the “political” side of the DIYbio movement.

“There is no single technology or institution, which would prevent misuse,” Denisa said on the similarities between hacking biology and hacking tech.

“DIYbio for me is not some teenage rebellion of a few bored graduates from Ivy League Universities, it is maybe our only chance to open and democratise science.”

Although DIYbio often produces pure curiosity-driven research, this isn’t always the case, such as with the group GynePunk.

It has created a cheap and easy to use kit for people to run tests on their own bodily fluids. With a DIY centrifuge, incubator and microscope, it brings the control of gynaecological assessment into the hands of the patient. For those who don’t have health care access, or who are faced with discrimination, or just want to do it themselves, this is an amazing achievement.

With all this work on DIYbio by rogue researchers or citizen scientists, the face of clinical science is changing. With a couple of thousand dollars, I could conceivably open up my own lab with services to benefit those without the access.

With the cheapest of 3D printers, I could make my own gynaecological tools using designs such as the 3D printed speculum uploaded to open source sites by GynePunk.

Groups like GynePunk regularly upload how-tos for making microscopes, incubators and other commercially expensive tools, by using stripped parts from old computers or DVD players. All anyone needs to accomplish this is a basic understanding of biology and the training on how to safely handle biological fluids and specimens.

Of course, there is the financial concern, but that is where the benefit of the start-up culture comes in. These labs are often run on a cheap membership fee. You pay a fee, come in and use the lab for whatever weird experiment you want to try, and I could successfully stay open to also develop more applicable services.

Essentially, hacking medicine and biology is not only a fun way to do your own science, but is also something of a middle-finger to mainstream scientific culture, which has long been in the control of academia, bureaucratic research institutes and government funding.

But these two motivations work hand-in-hand, says Dr Kera, adding that the largest benefit of DIYbio is that the more people there are who know how to spot a problem and react using science, the better it is for society as a whole.

Leigh Nicholson is PhD candidate in cellular and reproductive biology. at University of Sydney