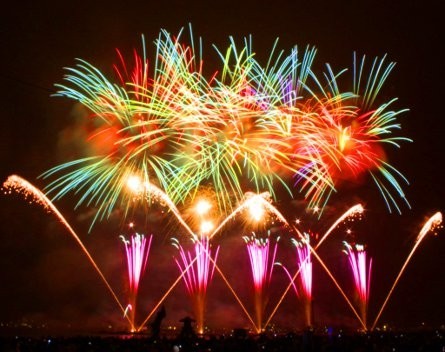 Australia is one of the first of 140 countries to kick off celebrations for Global Entrepreneurship Week, with two Startup Weekends taking place in Melbourne and the Gold Coast.

The weekends are just two of over 230 events to be held across Australian cities this week.

Australian coordinator Natasha Munasinghe told StartupSmart they were thrilled to be coordinating the celebrations of the local start-up ecosystem.

“It’s really blown up over the last two to three years. Before then it was still a very early, nascent scene. But now everyone knows entrepreneurship exists, and there is increasing interest in getting involved,” Munasinghe says.

A variety of sectors are involved in the Global Entrepreneurship Weekend, and Munasinghe says she’s particularly excited about a question and answer session the Australian Taxation Office is hosting on their Facebook page.

“The ATO hasn’t really reached out to entrepreneurs much, and the focus on young entrepreneurs, and the fact they’re using a medium young people communicate on is exciting.” Munasinghe says.

Munasinghe, who is the co-owner and managing director of young entrepreneur support group the Frank Team, says tax and financial issues can be a barrier for entrepreneurs of any age.

“But it is getting more accessible and you don’t need as much money to start-up. There are heaps of people who are doing well and giving back,” Munasinghe says. “If you’re in tech and mobile there is a lot of support with incubators and mentors. Other industries are still catching up to the momentum but there is definitely more help around.”

Despite the growing community and increasing support, she adds entrepreneurship is never going to be easy and will always be worth celebrating.

“You’ve got to be a bit hungry for it, they’ll be challenges and you’ll have to get over them. It depends how badly you want it. It is possible, but you’re going to have to drive it,” Munasinghe says.

More detail about the Australian Global Entrepreneurship Week can be found here.