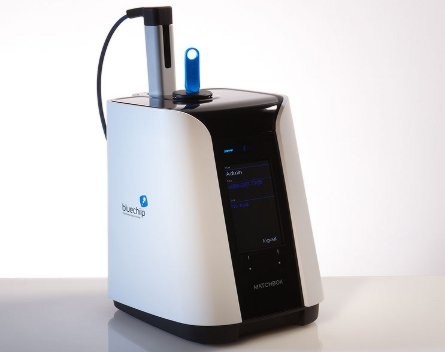 Pro Medicus, based in Melbourne, provides a range of integrated software products and services to individual, corporate and public health providers. More than 26,000 doctors are connected to its eHealth service.

A key growth area for the company is the adoption of its digital technology by radiology providers as they move away from analogue systems.

vRad will implement the Visage 7 Enterprise Imaging Platform as a component of its technology platform, which aims to create a real-time “read anywhere, read anytime” environment.

This will enable vRad to orchestrate when and by whom studies are read from anywhere within the company’s owned partner radiology groups as well as its teleradiology network.

Dr Sam Hubert, chief executive of Pro Medicus, described the deal as a key milestone for his company.

“The first phase of the rollout is material in its own right yet represents a relatively small percentage of vRad’s overall volume, so there is potential for significant upside in this contract,” Hubert said in a statement.

“A deal of this magnitude, with such a large and prominent client, helps put us firmly on the map in the US market.”

Bluechiip Limited, meanwhile, recently announced it has signed a distribution agreement with Micronic America, which is a US subsidiary of Micronic Holding BV in the Netherlands.

Bluechiip, which is also based in Melbourne, has developed a wireless tracking solution for the healthcare and life science, security, defence and manufacturing industries.

According to Bluechiip, the technology represents a generational change from current methods such as hand-written and pre-printed labels, and linear and two-dimensional barcodes.

The tag, which contains no electronics, can either be embedded or manufactured into a storage product such as vials or bags. Unlike barcodes, Bluechiip’s tag does not require a visible or line-of-sign optical scan.

The distribution agreement gives Micronic America, and its network of distributors, the rights to distribute Bluechiip’s products through the United States and Canada.

Like Hubert, Bluechiip chief executive Brett Schwarz said the agreement is a major milestone for his company.

“Micronic has a great track record in manufacturing and supplying solutions for the life sciences storage market into the large North American market, so we saw them as ideal distribution partners for Bluechiip,” Schwarz said in a statement.

The news comes amid calls from the Australian Medical Association for health apps to be vetted to avoid endangering people’s lives or distributing biased or misleading information.

According to AMA president Steve Hambleton, companies that approve such apps should be made more accountable, and approval bodies should contain medical experts.

“The process for endorsement is to say that, ‘Yes, a trusted entity has reviewed this app or site and has given it a tick’,” Hambleton told The Australian.

“There’s lots of people out there trying to self-educate and a simple Google search is not really going to give you the quality sites at the top of the list.

“They’re going to give you the most popular.”