Know when to pivot and do it thoroughly: Footy Tips founder shares his start-up story 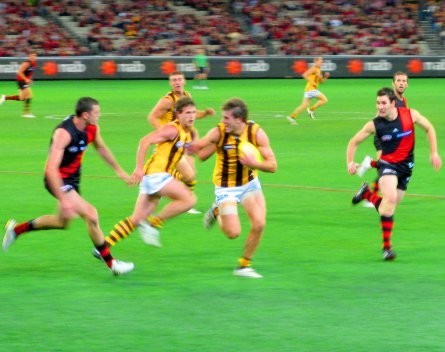 The business model beneath the Footy Tips platform evolved several times in the 13 years Heath Kilgour put into his start-up.

Due to share his start-up tips at an upcoming Startup Grind event in Melbourne, Kilgour spoke to StartupSmart about his entrepreneurial journey so far, after he decided to launch his first business over a beer with a friend in the late 90s.

“It was 1999 and the internet seemed like the obvious next step for footy tipping. I registered the domain, and with that much market research we were off. It seemed obvious to us it would go online, so it was about who would win the audience, rather than if it was there,” Kilgour says.

Building an online business in the late 90s was a significant challenge. The Footy Tips team built the website via a dial-up modem and the only way sites and promotions could go viral was via email.

He adds the quick-to-market strategy meant they didn’t investigate their options for business models until a year or so in.

“We were so excited that we never thought past year one. We got to the end of the year and went, ‘Well, we’re not billionaires yet, Jesus we need to start this again’,” he says.

As the size of the potential market spurred them to launch early, Kilgour says an advertising model felt like a no-brainer, but they had to pivot to a different revenue focus within their first year.

“It took ten years for the audience to mature so the business model took that long to reach fruition,” he says. “When we realised a few months in that we weren’t dealing with a very big market yet, we shifted to focus on a white label service, and looking after the backend for pretty much every media service in the country.”

In 2008, Kilgour says they pivoted back to an advertising model and wound down the white label services.

“This change required a pretty big pivot in the way our business operated and who we had to hire and the relationships we had to let go. It was a big risk for us,” Kilgour says, adding this was a time when relentless focus was key to their survival.

Having overseen the growth of the company from two guys with an idea to a thriving online business, Kilgour says he sold the business because he decided it would reach its full potential under a larger team.

“I thought we’d done an exceptional job building it that far, but it felt that a bigger company would get better leverage from it. We had a period of great growth, and the growth chart was looking really healthy so it was a great time to sell it.”

Kilgour is currently consulting with a range of start-ups. He says he’s keen to start another company, but has to find the right fit.

“If I start another business, I want to pursue it for the long term, so it has to be something I’m very passionate about and want to commit 10 to 15 years of my life towards.”