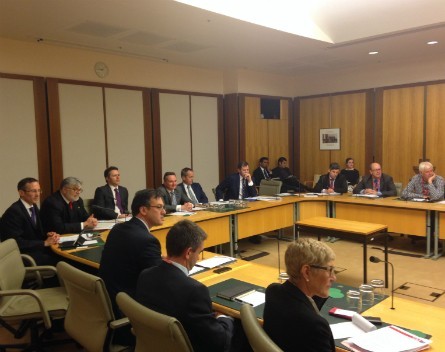 Major players from the startup, venture capital and superannuation worlds have come together in Canberra to work on plugging Australia’s innovation funding gap through super funds under a new Labor initiative.

The event focused on how tech startups can have better access to superannuation funds, and what current restrictions and roadblocks are in place.

It was about bringing these different stakeholders together to create a blueprint for the way forward, shadow parliamentary secretary for digital innovation and startups Ed Husic says.

“We kicked this off because a lot of people have been saying to us in our consultations with the startup sector that we have this massive pool of national savings, we have people who support early-stage innovation looking for capital support, yet we haven’t been able to build effective bridges between the two,” Husic tells StartupSmart.

“Everyone has been saying that but nothing has been done. So today we did, we got it going.”

StartupAUS CEO Peter Bradd spoke at the roundtable, and says it further illustrates that the door to Canberra is open for the Australia startup ecosystem.

“This is a testament to the access we’ve got to Canberra and that these startup players are taking advantage of having a seat at the table,” Bradd tells StartupSmart.

“The sector is taking a seat at the table while the iron is still hot.”

The roundtable was the first event as part of Labor’s Innovation Investment Partnership, a new concept launched by the opposition with aim to “identify barriers to investment in Australian-based venture capital funds, and then develop mechanisms that encourage the superannuation sector to investor and support Australian venture capital”.

According to the recent StartupAUS Crossroads 2015 report Australia is lagging behind much of the rest of the world in terms of venture capital.

The report states that Australia’s total domestic venture capital investment per capita per annum is $9.55, compared to $136 in the US, with a similar gap existing in terms of angel investing.

Labor has also drawn attention to a lack of investment in local venture capital from superannuation funds, a figure equaling 0.006% in Australia but up to 2% in the US from similar funds.

“The purpose was to discuss how superannuation could assist in addressing the capital shortage for tech startups in Australia,” Bradd says.

Husic adds that it’s vital to have all the different industries in the same room discussing these issues.

“It was important to us to focus on the right policy outcomes, but it was also useful for people around the table to hear view points from those they may not necessarily have dealt with previously,” he says.

A number of key issues and ideas were discussed at the event, including the benefits associated with increasing superannuation fund investment, what regulations and policies are needed, which current regulations may be impeding growth and the creation of a “bundle of regulator rated or verified domestic venture capital and private equity funds”.

BlueChilli founder Sebastian Eckersley-Maslin was also at the event, and says some key decisions have already been made.

“The great thing about it was that there was a good consensus between the super funds, the VCs and the startups,” Eckersley-Maslin tells StartupSmart.

“We agreed we shouldn’t be forcing super to invest in VC, we should work to create the opportunities so that super will want to come and invest. It’s not about legislating super, but creating the right environment.”

Husic says a general desire to not implement a mandate on the super funds was an important point from the round-table discussions.

“One of the key take-outs was that there shouldn’t be dogmatic or fixed approach in dealing with this, but people did welcome the fact that we were able to start putting a spotlight on different funding avenues to help startups,” Husic says.

Another important part of the event was the wide range of attendees, according to Bradd.

“We got a very strong, consistent story from idea right through to exit – all the different parts of the journey were represented,” Bradd says.

“Having these groups of people with varied backgrounds coming together means the message is becoming consistent and clear about what the different parts of this journey require, and that’s incredibly important.

“If the government is only hearing from a few key individuals, then they won’t get the full story and the policies will reflect that.”

Starfish Ventures investment director Anthony Glenning was also at the event, and says it’s affirming to see these issues being address for VCs.

“From our perspective in VC, it’s particularly pleasing to see the opposition taking an interest in bringing together sources of capital – those that have it with those that need it – to address ways we can make it easier for investment to happen,” Glenning tells StartupSmart.

“It’s fantastic that the government and opposition are taking a keen interest in the innovation economy, and getting everyone together is good.”

This lack of access to venture capital and the limited interest from superannuation funds has been a long-stated concern in the startup world, Husic says.

“This is a problem and we should find a way to fix it, but no-one has brought together everyone together to fix it,” he says.

“That’s what the Innovation Investment Partnership does.”

It’s also an issue that the government is looking to tackle, with assistant minister for innovation Wyatt Roy recently flagging his intentions to unlock superannuation funds for the startup sector.

Above all else, Eckersley-Maslin says its crucial initiatives and policies like this have support from both major political parties.

“It’s a demonstration that innovation and VC is a hot topic right now and that we have bipartisan support,” he says.

“It’s good to see Labor continuing down the path they started 18 months ago to drive innovation forward.

“Ultimately any decision needs to be discussed and debated on both sides of the floor.”