Help yourself – without reading a self-help book 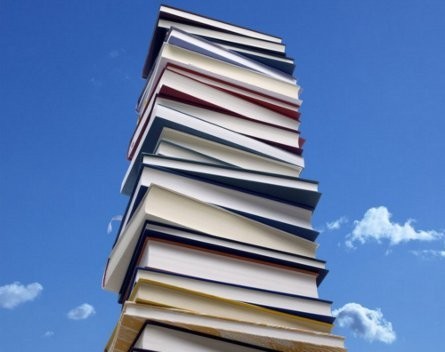 When it comes to reading materials, there are some perennial favourites for entrepreneurs. Generally, these have the phrases “Ruby on Rails”, “lean start-up” or “Steve Jobs” in the title somewhere.

Then there’s that other genre of books entrepreneurs love: The motivational self-help book, with its (usually) American author.

The very first chapter of these talks about all the other self-help books out there, and why they don’t work. The cliché here is that the advice is only as good as the adviser, and because the self-help guru is wealthy (mostly from shilling self-help books and seminars), you should follow their advice.

As for all those other self-help books you’ve read that have failed to make you as wealthy as Bill Gates? Well, the books don’t work because the authors aren’t “goal masters” who “worchieve”.

The general rule of thumb with these is that they’re always a list of six, seven, 10 or –sometimes 20 – steps (or keys, or secrets, or tips) to success.

The steps are always something you’d expect as the topic of an episode of Oprah Winfrey. Believe in yourself. Surround yourself with positive energy. Set goals. Work hard. Constantly remind yourself of your goals. Cut out time-wasting unproductive tasks. Don’t accept “no” for an answer.

Of course, you can tell what’s in the heading titles just by looking at them. That’s where heart-warming tales of people who survived horrible accidents and American minor league baseball teams that went from losers to champions come in – for padding.

Naturally, you can’t just call these super-secret tips something as blatantly obvious as “Work hard”. Instead, you get made up words and portmanteaus, so “work hard and achieve” becomes “worchieve” or some other abomination to the English language.

Also, the few thousand people who read the book are given a term – “goal masters” or some such. You learn the human race is filled with exactly two kinds of people: Goal masters who follow the self-help guru’s program, and the rest of humanity who live in misery.

Thankfully, the “goal masters” include some good company. It turns out popular artists, successful businesspeople, political leaders, generals and other notable people all follow the program.

Meanwhile, why did Russian troops recently cross the border into the Ukraine? Forget the finer points of international relations, geopolitics and world affairs, the author will oversimplify and say it’s because most Eastern Europeans are not goal masters!

With all that being said, do you really want to give yourself a career boost? It’s time to follow Old Taskmaster’s Octagon of Opportunity! By following these eight simple tips, you too can be a genuine task master™ like your hero, Taskmaster!

Just improve the positivity energy in your life – by not reading self-help books!

Focus on your goals – easier to do when you aren’t reading self-help books!

Worchieve – by working on them instead of reading self-help books!

Save money – by not wasting it buying self-help books!

Get a mentor – preferably a real one rather than a self-help guru!

Cut the negative people out of your life – such as the gurus who write self-help books!

Cut out those negative, unproductive tasks from your life – such as reading self-help books!

And if someone puts a self-help book in your hand, throw it in the bin, and don’t take no for an answer!

Old Taskmaster’s Octagon of Opportunity helped the Green Bay Packers’ star quarterback, Aaron Rodgers, win the 2010 Super Bowl* and it can help you too!