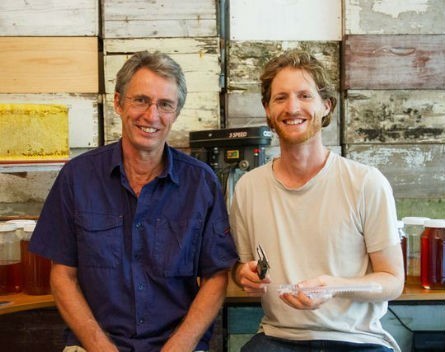 Running a successful crowdfunding campaign is all about focusing on the “big picture” and not the money coming through, according to the co-founder of the most successful Indiegogo campaign to date.

Flow, an invention that allows beekeepers to simply turn on a tap in order to retrieve honey from a beehive, raised more than $15 million in a single month on crowdfunding platform Indiegogo.

The invention was founded by Byron Bay father-and-son duo Stuart and Cedar Anderson, and had an initial target of $US70,000.

Speaking to StartupSmart on Wednesday, Stuart said he was still overwhelmed by the success of the crowdfunding campaign.

“I’m completely grateful and still a little bit surprised and course I’ve just been so busy,” he says.

“It’s a wonderful position to be in to have people know we’ve got the money and know that we’ve got to get this manufacturing done and now they’re competing with us to give us the best price.”
When asked what he would attribute the campaign’s success to, Stuart said it helped having family members and friends who were good at social media and making videos in order to promote the invention on the Indiegogo page as well as online.

However, his secret ingredient to bring everyday investors onboard was simply having a love for the product.

“We had a passion for it and really cared about the bees and wanted the product to make a difference,” Stuart says.

“And the bees themselves – people around the world are concerned about the plight of them. So I think our product gave people a sense of hope in an ongoing litany of disaster stories regarding the environment and so on.”

As for his advice for budding entrepreneurs turning to crowdfunding platforms in order to raise capital, Stuart suggests not worrying to much about the money.