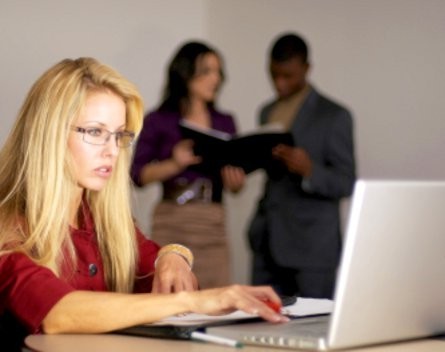 So here’s the situation: You’re running a tech start-up. You’re looking to hire a coder – and a good one.

The problem is that there are so many mediocre “programmers” out there.

Sure, these mediocre coders will churn out code that does what it’s supposed to, but it’s inelegant, kludgy, poorly documented and impossible to maintain. And they can really make a mess of things. (If you don’t believe me, just take a look at Internet Explorer sometime!)

Then there are the people who claim to be “expert programmers” – the kind that don’t know what an “array” is.

That’s before your ad on Seek gets spammed to kingdom come by people on the dole who need to fill their job seeker diary with the requisite 10 applications per fortnight and were last employed three years ago as a late-night delivery driver at the pizza shop in Wonthaggi.

So how should you separate the tech gurus from the techies who’ll make your server give a guru meditation error?

A few years ago, there was a debate in the tech blogosphere about this very topic. A number of prominent tech bloggers and entrepreneurs, including Jeff Atwood, Imran Ghory and Dan Kegel, argued that asking interviewees a few basic questions or write out the code for a simple program.

Of course, not everyone agrees with the approach. Jon Evans at TechCrunch and Jean Hsu were two of the notable examples.

They argue (amongst many other things) that the artificial, high-pressure environment of a job interview is not an accurate reflection of the normal work environment of a coder. Because of this, you should not rely on technical challenges like Fizz Buzz alone for your recruitment process.

So is this interview technique all fizz with no buzz? Not quite.

There is a place to exercises like Fizz Buzz, and that is to weed out anyone who shouldn’t be in your interview process. However, there are other important factors you should also consider during your hiring process, including whether your new employee is a good fit for your corporate culture.

So if you’re looking to hire, remember Fizz Buzz has its place, but it should be just one part of your overall recruitment process.