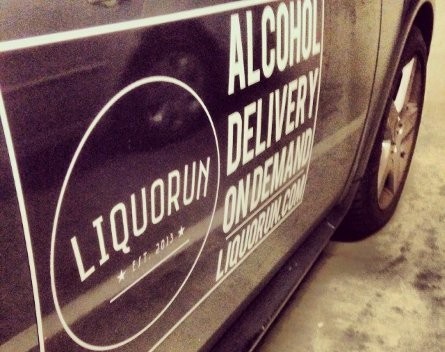 Liquorun, a start-up that delivers alcohol to metropolitan Melbourne homes within two hours, has emerged victorious from their beta testing phase and just passed their first weekend of trading.

Launched in July by Melbourne Football Club players Joel Macdonald, James Strauss and Rohan Bail, the Blue Chilli-backed company will be focusing on growing their customer network and online community in Melbourne with a view to launch in Sydney and Brisbane in early 2014.

“We got probably more orders than we expected. The bottle shops are really happy, and that partnership is crucial to our growth as they’re pumping our brand in store and we’re leveraging each other’s databases, so the long term prospects are looking good,” Macdonald says.

He adds the most challenging part of their launch so far has been making sure the agreements with the bottle shops were up to scratch.

“Most challenging has been making sure that the agreement is tight with the bottle shop and our own licensing documents, because they’re putting huge faith in us,” Macdonald says.

The first weekend involved 300 customers and three drivers. The Liquorun team are focusing on tightening the processes and systems they rely on.

“The learning has been great, and we’re trying to implement everything we hear that makes sense straight away,” Macdonald says. “Now we’re in the validation through growth phase. We need to tighten up the model and boost our distribution and delivery reach.”

They’ll be focusing on customer acquisition and developing their online communities in the coming months with Facebook advertising, Google AdWords campaigns and editorials in hyper-local news sites.

Macdonald adds one of the best bits of the business so far is how delighted people are when the delivery team turns up.

“We’re working on protocols for our drivers as we grow, because everyone wants you to come in and have a beer with them when you rock up,” Macdonald says. “But we’re going to keep it really professional and hopefully soon the drivers will have too many orders to hang around at any spot.”