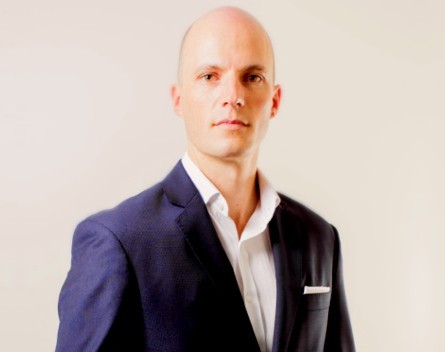 After launching in March 2013, Hong Kong travel booking startup HotelQuickly now has over 600,000 users globally, and it’s got its sights set on Australia.

The startup has launched in the Australian market opening offices in both Sydney and Melbourne. Its mobile-only app allows users to book hotel rooms at the last minute through its curated list of discounted hotels.

HotelQuickly co-founder Christian Mischler says with more than 50,000 Australian users already, expansion into the Aussie market was a logical step.

“Our markets are strongly interconnected. But to offer a superior product, we also need to fully understand our customers and the different culture we operate in. What works in Hong Kong may not work in Australia, so we continuously evolve and adapt HotelQuickly for each market,” he says.

Scaling is easy, starting is hard

Mischler and the HotelQuickly founding team funded the company themselves, and it was a particularly difficult first few months due to the challenges of operating in a number of different markets from the start.

“Scaling up wasn’t the difficult part. In the beginning we were really small, didn’t have a lot of funding, and we needed a lot of people on the ground,” he says.

“Those people on the ground were very important. Other key elements to scale quickly include local partnerships, with big banks or airlines. Uber is one of our partners. Through all of these companies we were able to get the word out very quickly.”

In order to tackle growth, the startup made a decision to focus on the end users, as opposed to hotels, in the belief that if they attracted potential customers, it would be a much easier pitch to hotels.

“We understood what the needs for the traveller are from the get go, created an application, and started with just 160 hotels,” Mischler says.

“We took care not to overload it. Our users want to book a hotel for today, or tomorrow, so we didn’t have complicated calendars. The user experience was the most important element.”

No plans to leave the Asia-Pacific region

While the United States is the first choice of many Australian startups as a source of potential growth, HotelQuickly has no such plans. Mischler says it will focus exclusively on the Asia-Pacific region.

“With the Asia-Pacific, it’s a market of three billion people. I think we are already well on the way to having a very profitable business. It’s important to stay focused and capture the market if we are to manage to penetrate this market properly.”

“With the money we’ve raised we can go for quite a while,” Mischler says.

“But at the same time there are some really big markets that we haven’t touched yet – China, India, Korea and Japan.”