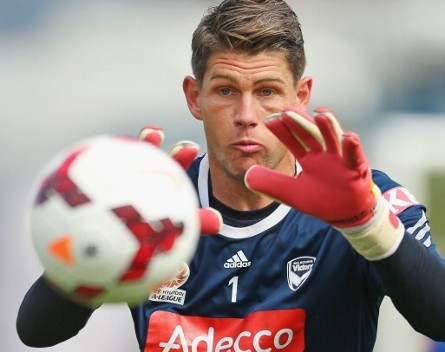 Like football fans around the world, former Socceroo and current Melbourne Victory goalkeeper Nathan Coe has had a busy couple of weeks following the World Cup, but he’s also got another reason to be bleary eyed.

During that time he’s been launching his own startup.

The duo had planned on opening a café in Brisbane, but found the recruiting process more difficult than it needed to be, and together decided to try and do something about it.

Four weeks ago they launched the Dippla website, where businesses can post an ad for five days for free, $15 buys a standard ad for 30 days, and for $25 businesses can get a featured ad and a high profile listing.

It also enables jobseekers to upload resumes and lets businesses access that database of resumes when they’re searching for employees.

They also ‘qualify’ the jobseekers, to ensure the resumes on the site are top quality.

he duo is aware of the competition in the space, but say there’s a real gap in the market.

“It’s such a big industry I think it deserves its own jobs website,” Damien says.

“We’ve got some big competitors. Building awareness has been the biggest challenge. Once people are aware of us it’s been really positive and they’re really keen to jump on board.”

Nathan says for athletes, moving out of sport and into their next career can be a difficult step, particularly given what they sacrifice for their first career.

He’s now 30, and over the years has found himself in the squads of some illustrious clubs including Italian giant Internazionale, Dutch powerhouse PSV Eindhoven, and perennial Danish Superliga contenders FC Copenhagen.

“You give such a massive amount of time in your life to playing football, but all of a sudden one day it’s over, if you haven’t set yourself up, or thought about what you’re going to do, it can be a very difficult transition,” he says.

“While I was finishing school a lot of my time was spent travelling overseas or travelling around playing football, so I never went to uni after.

“It’s not easy because I don’t have any qualifications other than finishing year 12, but what I do think I have is a lot of worldly experience, living in different areas, seeing different cultures and I think I can really contribute to Dippla.”

He credits his brother Damien for coming up with the idea for Dippla and says thanks to a keen interest in hospitality, he jumped at the chance to be involved.

The duo is self-funding the startup while the site gains traction.

“I’m really into my cafés and restaurants and things like that,” he says.

“Football’s great, I love it, but you know it’s something that won’t be there forever so trying to do something like this in hospitality, it’s something I’ve got another passion for.

“For me it’s been great, it’s a lot more hard work, but at the same time I’m doing it with Damo and that’s been fantastic.”