How a lengthy renovation almost cost us our brand 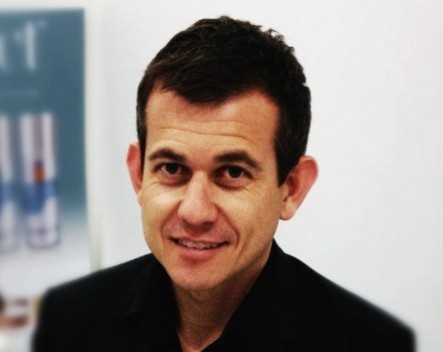 Building a brand in the highly competitive anti-ageing industry is no easy feat, especially when your business is plagued by delayed opening dates. Cameron Fancourt knows all too well what this is like.

Fancourt is the founder and managing director of Luminiere, a Sydney-based skin clinic franchise, which specialises in anti-ageing treatments.

With more than 10 years’ experience in the beauty and day spa industry, Fancourt has witnessed many changes with regard to the research and development of technology and treatments.

“I was eager to make the anti-ageing sector a priority for me and my staff as I began to understand the growth and potential in this market,” Fancourt told StartupSmart.

“After many years of research, I came to the conclusion that this is where I wanted to position the company – as a leader in the anti-ageing industry.”

The business was founded in June last year, with the flagship business located in Double Bay. A Luminiere skin clinic has also since been launched in Noosa, Queensland.

“As a franchise, we hope to be in many more locations within the year,” Fancourt says.

While Fancourt has big plans for Luminiere, a lengthy renovation process in the early days did some damage to the brand. Luckily, Fancourt and his staff were able to bounce back.

“In the early stages of the business we struggled to find the right staff members who had the credentials and experience to ensure we were a leader in the marketplace,” he says.

“We work with specific machinery and equipment, and it was difficult to find therapists who met the level of standard we were expecting of our staff.

“We also had some setbacks due to renovations. As many businesses would understand, construction takes time and even the smallest of problems can have a huge effect.

“These setbacks resulted in us pushing back our opening date by a few weeks.”

This meant Luminiere was unable to promote itself properly, says Fancourt.

“As a result of the setbacks in renovations we were unable to communicate to the public our treatments and services on offer, which meant the Luminiere brand was not out there,” he says.

“It also was difficult with media, with us continually pushing the opening date back. The renovations took six months longer than expected, which was disappointing.

“Unfortunately there was no way to hurry up this process without getting in there and getting my own hands dirty – which I did.

“Along with my very capable and hard-working staff, we managed to move all of our machinery and stock from our temporary location to the new clinic in Double Bay.”

So what did Fancourt learn as a result of this experience?

“It is important to consider a realistic timeframe for renovations as there are likely to be changes to the schedule,” he says.

Luminiere has also made a point of hiring only the best people in the industry.

“All of our therapists have many years of experience in their field and have perfected their skills down to a fine art,” Fancourt says.

“We are better structured for the future as we have implemented the appropriate products, time and people to deliver the best result possible.”