From a university in Budapest to the world stage: The story behind Prezi 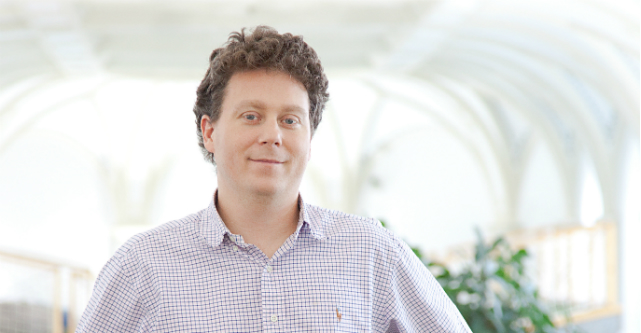 When three Hungarians started building a startup they had no idea that it would become a global game-changer.

Peter Halacsy was a university lecturer when he met media artist Adam Somlai-Fischer, who had developed a unique storytelling tool.

“He created his own way of talking about his projects and that was like having the conversation in front of the whiteboard instead of having slides,” Halacsy tells StartupSmart.

And it sparked an idea in Halacsy.

“What if we create a tool to help other people make better presentations to tell their stories?” he says.

Today their startup, Prezi, has created more than 260 million presentations worldwide and the platform signs up more than 1 million users a month.

Prezi was always designed to be globally adopted, but it wasn’t always easy for the founders.

“It was meant to be global from day one,”Halacsy says.

“To be honest, we gained the confidence on the way.”

Halacsy and his team have grown rapidly and continued to learn along the way.

Competing against major players like Google, Microsoft and Apple, Halacsy says they’ve tried to take a collaborative approach that keeps customers in the front row.

“If you are alone in a market that means you’re in the wrong market.”

He says he mingles with leading executives at Microsoft and personally knows the general manager of PowerPoint.

“We talk to each other,” Halacsy says.

“When we’re in the office we don’t think about competition, we think about what we can do to make Prezi better and help more people share their stories.”

Halacsy and his team recently launched a new version of Prezi aimed specifically at modern businesses that are more likely to collaborate and develop presentations as teams.

“Prezi Business is a really good example of what happens if you invest time and your practice, and practice, and improve your skills,” he says.

Focusing on the users

But their focus has always been the same: to help people tell their story in more memorable ways.

“From the beginning we focused on customers and how we can help them,”Halacsy says.

It’s a simple idea but one with massive potential.

“For a startup organisation, after seven years we basically do the same things, it’s just always better and better,” he says.

Halacsy says they’ve enjoyed 150% growth in the marketing sector over the past year.

As Halacsy ventured into Prezi, his first business, he sourced inspiration from his great grandmother.

“My great grandmother has a local hardware shop,” he says.

“Her business model is to make more money than your cost is.”

Starting with this, Halacsy and his team sought to create a product that people use, love and are happy to pay for.

Despite its creation in little Budapest, Halacsy was certain of one thing.

Bringing in cash from day one

“This is the money that you need to start a small company in Hungary at the time,” Halacsy says.

Paying their developers from their own pockets, the team started building the Prezi platform while producing presentations for large events as a way of bringing income in to help them get the product up and running.

“From the beginning we made money,” he says.

“We wanted to fund our own development.”

They later raised $260,000 in seed funding before launching the platform in Budapest in 2009.

After promoting the platform through social media, Prezi soon had millions of users around the world.

Today, Prezi has 75 million users worldwide on the back of more than $US70 million in equity funding.

“We had a business plan – I still have it,” Halacsy says.

Switching to this mindset, made Halacsy and his team realise they could bring in the experts and hire engineers to help them really grow.

It was their business plan that helped them realise they could achieve anything, something driven by Prezi CEO

This mindset was brought in by Prezi’s CEO Peter Arvai.

“We needed him to change our perspective,” Halacsy says.